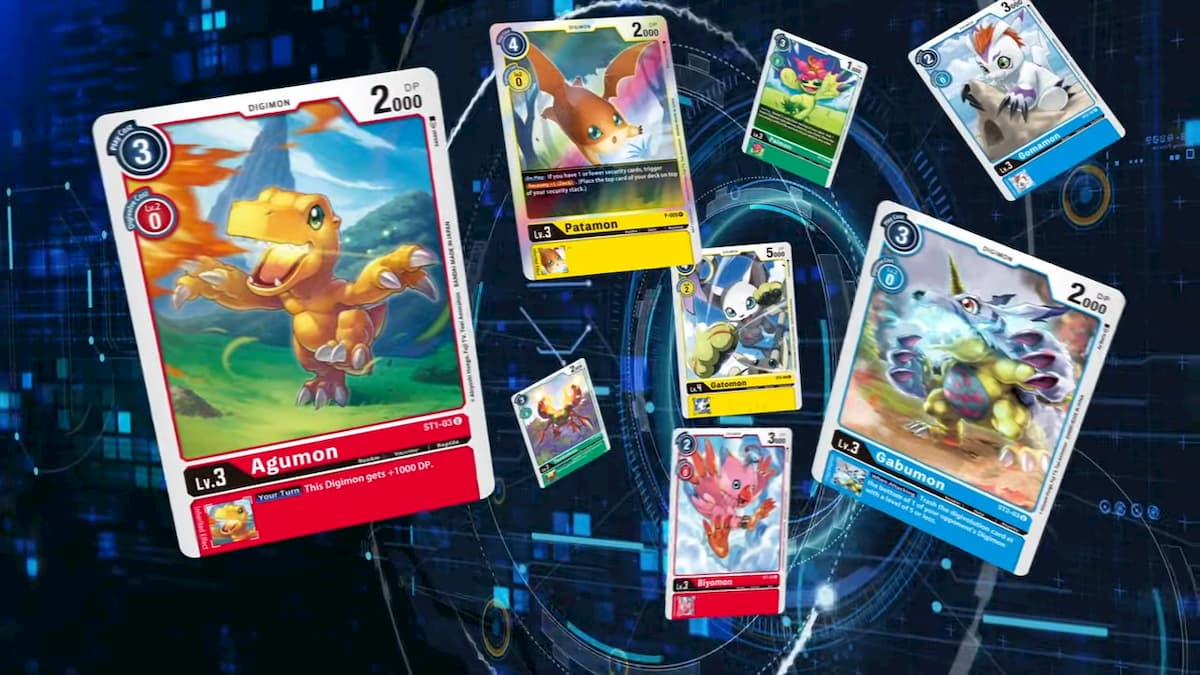 The Digimon Trading Card Game is similar to Pokémon and Yu-Gi-Oh! in how they handle rarity. What is different, however, is the terminology associated with the rarities. This can be confusing for some that are used to other more popular card games. This guide will highlight all of the Digimon Trading Card game rarities and explain how to check your cards’ rarity.

To check the rarity of cards, look at the bottom right of a card. Here you will see a letter next to the identifier number. These letters indicate the rarity of the card is. For example, R signifies the card is of Rare quality.

The C marking on a card indicates that it’s a Common. Common cards are the most abundant rarity in every set, with one set containing 45 types of Commons. With this being the predominant card type, the odds of you getting Common cards in every pack of six cards is very high. These cards have no special decals or holographic effects.

Uncommon is the second most prevalent type of card in every Digimon set. It’s denoted by a U at the bottom right. Like Commons, they don’t have any special effects.

This is where the cards start to become unique. Each Rare card features a golden border and minor light reflections in specific areas on the card. An R denotes these cards.

This is the rarest card type currently in the Digimon Card Game. There are only two types in every pack of 115. Apart from the SEC, what makes them different from Super Rares is their gold border around the card. These borders are much more detailed than the Super Rare ones.

These cars are different than the rest as they can only be found in Promotional Packs. These can be extremely rare. They are holographic like the Super Rares but are more silver tinted than gold. To check if your card is a promo card, look for a P next to the set number.