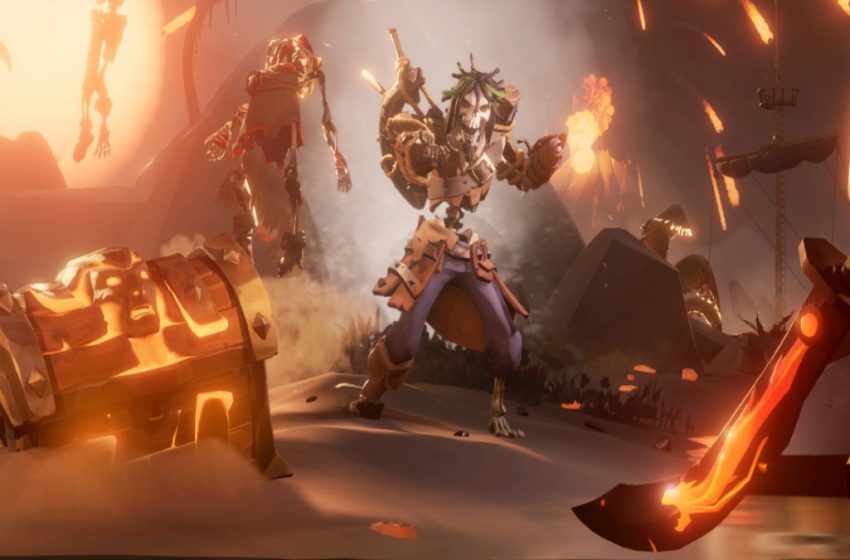 Sea of Thieves is a sea-faring adventure where you and several friends can partake in various tasks. The game starts you off from the first-person perspective. It would be a bit easier to offer a third-person perspective to jump around the game or use your weapons. Do you have a way to make it happen, or is it not available in the game?

Unfortunately, Sea of Thieves does not have a third-person perspective mode. The entire game is played from the first-person, so you won’t have it. The game has been running on Xbox services for several years, and the feature has yet to make its way to the game. It’s doubtful a third-person setting will arrive.

For some who play, it feels counter-intuitive given the game’s focus towards cosmetics, different weapons, and making your pirate look a certain way. Mostly these cosmetic items and unique features are ways for fellow pirates and your teammates to see you. Some of these cosmetics have become a bit more available for everyone to see, such as pets players can carry around with them or place on their ship.

The mod community at Steam might be able to make a feature like this work given more time with the game. Because Sea of Thieves arrived to Steam years after the game’s launch, we’re not too sure if the mod would work with the online play of the game.

Thankfully, despite Sea of Thieves being an Xbox-focused game, players will not need to purchase an Xbox Live membership to play the game. You won’t be able to transfer it over to Steam if you only purchased it on the Microsoft Store. You will need to buy it on Steam for $39.99.