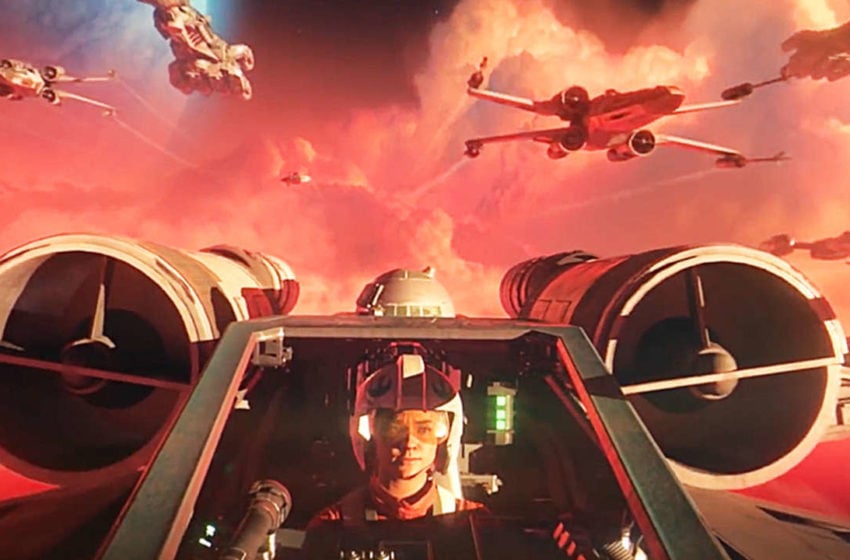 Star Wars: Squadrons will give you the chance to hop into the pilot’s seat of your favorite starfighter in a galaxy far, far away. You and four other pilots will team up to take on either the Empire or the New Republic in epic dogfights, attempting to take out the other in hair-raising space battles. The developers, Motive Studios, wanted to make it feel as immersive as possible and plan to make the game available for VR systems. If you plan to jump into an X-wing in VR, can you make it feel even more immersive by using HOTAS controls?

HOTAS controls will be available in Star Wars: Squadrons across all platforms. Motive Studios initially confirmed it would be happening for PC players on launch day, October 2. However, it remained an unknown answer if console players, PlayStation and Xbox, would access it. Ian Frazier, the creative director behind Star Wars: Squadrons, confirmed HOTAS will also come to consoles following a day one patch.

For those who don’t know, HOTAS stands for hands-on throttle-and-stick controls. It’s an iconic setup for older simulator games. With many likely purchasing joysticks to play Microsoft Flight Simulator, it makes sense that many have inquired about other flying games they could use with their new gear.