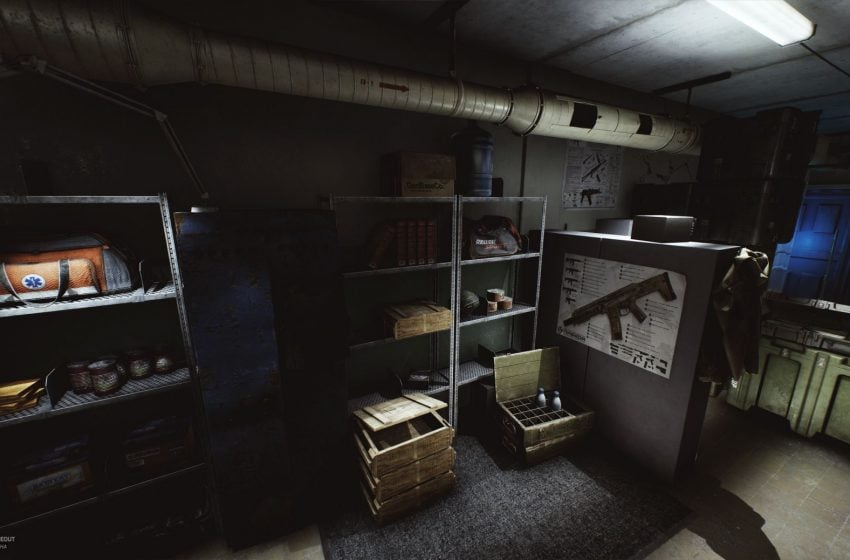 Escape from Tarkov seems like a simple role-playing game. The hardcore first-person shooter revolves around players searching the Norvisnk region after intense warfare, whether for fortune or to survive. With two factions in the Scavs and mercenaries, players explore the Tarkov city, find undiscovered loot, kill opponents that stand in their way, and participate in NPC quests.

With the release of update 0.12, Escape from Tarkov has released the hideout, which enables players to customize their living area. The hideout is what the word means – a place for characters to rest, store supplies, prepare for upcoming trips, and establish themselves. It starts as an abandoned bomb shelter, but players can upgrade different modules and earn bonuses while doing so.

To start building out your hideout, players need first to install a Power Generator, which consumes fuel. There are basic modules available, as well as advanced modules that allow the production of items and resources. Other than the upgradeable modules, there is also a shooting range where players can test their weapons without needing to worry about ammunition.

The hideout isn’t required for all players but will make gameplay much more comfortable. Modules and their functions:

Each fuel resource will power the hideout for 15 minutes, with this being 30 minutes with the Solar Power module. Players can turn off the generator when it is not in use, but it is required to be on during the crafting process. While the hideout in Escape from Tarkov can give access to many valuable resources, it is also costly to upgrade everything to the maximum level.