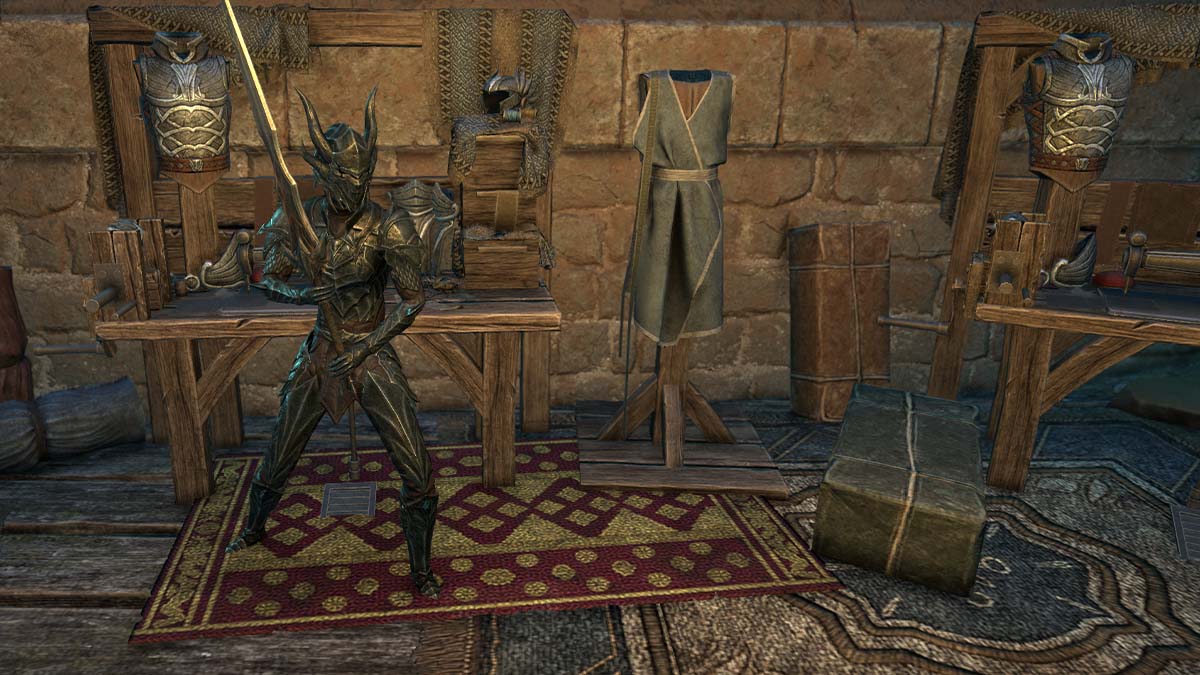 With the latest update to Elder Scrolls Online comes the new Deadlands DLC zone. Along with this new zone comes lots of updates to the base game. Players will also find some new set pieces, lots of motifs, and more. There are now three new mythic items to be found and plenty of collectibles. Here’s how to get them all.

Deadlands DLC adds three new Mythic Items. Players can obtain these through the Antiquities system and ensure they have the Greymoor Chapter to scry and unearth Antiquities. These mythic items aren’t necessarily located in the Deadlands. Instead, players will need to find multiple antiquity leads to craft these mythic pieces.

Equipping this ring will grant players “100 Weapon and Spell Damage and 1157 Armor for each 3-set bonus active on the wearer.”

The Markyn Ring of Majesty counts for any 3- or 5-piece set where a character is already wearing a minimum of three pieces. The perfect set piece for the all-rounder.

By equipping Belharza’s Band, players will have increased “damage of your Light Attacks by 1185. When you deal damage with consecutive melee Light Attacks, gain a stack of Belharza’s Temper for 10 seconds, up to 5 stacks max. When you perform a fully-charged Heavy Attack, consume Belharza’s Temper and deal Physical Damage per stack to enemies in a line after a 1-second delay, stunning them for 3 seconds if 5 stacks are consumed. This effect can occur once every 4 seconds and scales off the higher of your Weapon or Spell Damage.”

The Spaulder of Ruin set is good for support players. It’s useful in larger groups as it can affect up to six allies. If you have the Spaulder of Ruin equipped, you’ll gain the following effect: “Activating Crouch toggles on and off a 12 meter Aura of Pride. Up to 6 allies in the aura gain 260 Weapon and Spell Damage. Reduce your Weapon and Spell Damage by 130 for every group member benefiting from your Aura of Pride.

Other styles that can be found in the Deadlands and other places around Tamriel are:

There’s also a pet you can obtain. Players will receive the Dremnaken Runt pet for completing the “Hope Springs Eternal” quest.

Want more cool outfits and styles for your character? Motifs can be used to change the look of your character. You can obtain these new motifs with the updated Deadlands DLC:

Check out more about the new Deadlands set pieces, where to find them, and their abilities.