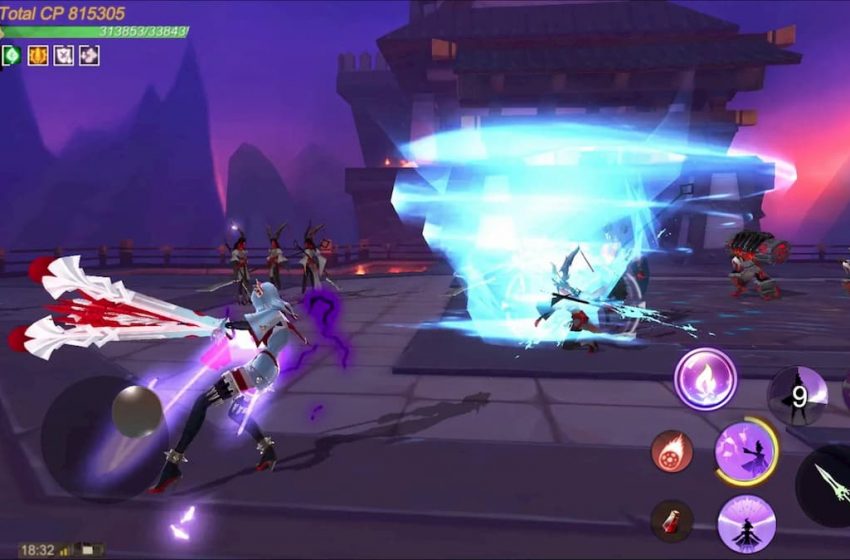 Choosing a class is probably the most important decision you’ll make in Eternal Sword M. The mobile MMORPG features five distinct classes with their own abilities and upgrades, making each one suited for a different type of player. Each class also gets to specialize with a subclass upon hitting level 39, which means each starting class has a lot more versatility than they may seem to at first, but choosing the right class at the beginning is still crucial. Read on for our guide to Eternal Sword M’s classes and how to pick the one that’s right for you.

The Swordsman is one of the easiest Eternal Sword M classes to understand, but can be somewhat tough to play due to its low health. This class is focused on melee DPS, so it’s a good choice for anyone who wants to get up close and personal with enemies to deal out massive damage with a sword. The Swordsman moves quickly to unleash rapid strikes and dodge enemy attacks, but can’t take much punishment before being killed and offers next to no support abilities.

At level 39, the Swordsman can specialize into Cold Blade, Ghost Slayer, or Rapid Thrust.

The Cold Blade class adds ranged attacks and ice powers to the Swordsman. Characters who switch to Cold Blade will have access to crowd control abilities that the standard Swordsman lacks, making it easier to handle large groups of enemies without getting overwhelmed.

The Ghost Slayer class uses fire to power devastating area of effect skills. Ghost Slayers excel at dealing damage to large groups of enemies at once.

The Rapid Thrust class attacks with lightning while boosting its own speed. Rapid Thrust characters move incredibly quickly and can bypass some of their target’s armor, making them most effective when using hit-and-run tactics against heavily armored enemies.

The Mage is a good choice for players who want to focus almost exclusively on damaging and controlling enemies at a distance. They lack mobility, have few support abilities, and won’t last long once enemies start attacking them, meaning they can be a challenge if you don’t get the hang of taking out opponents at range. Mages are skilled at attacking single enemies and groups, making them ideal for players who want to be versatile.

At level 39, the Mage can specialize into Scholar, Cabalist, or Wizard.

The Scholar uses ice magic and is best when taking on crowds. They can deal tons of damage to large groups at enemies and have abilities that let them slow down or freeze tons of enemies at once, making them great at both control and destruction.

The Cabalist uses fire magic to incinerate groups of enemies at a distance. While they lack the crowd control potential of the Scholar, Cabalists deal tons of damage to huge groups, so they can keep enemies from getting close in the first place.

The Wizard can be trickier to play than the other two subclasses. Rather than using area of effect spells, the Wizard focuses on buffs and debuffs. A skilled Wizard can increase their own damage while reducing enemies’ strengths to control the tide of a battle, but it’s definitely a more advanced class.

The Gunner is a high-risk, high-reward class that’s a great choice for players who like to be more active with their skill use. Gunners deal huge amounts of damage, but they also have extremely low defense, meaning that they need to stay on their toes to stay alive. Fortunately, they have great mobility to keep away from enemies, but they don’t offer much in the way of support or crowd control, so they can get overwhelmed easily if they don’t keep moving.

At level 39, the Gunner can specialize into Hunter, Magic Gunner, or Sniper.

The Hunter is able to soak up a little more damage than the standard Gunner, so they do better at close range. Their main focus is using ice to freeze enemies, making them easier to avoid or kill without getting attacked.

The Magic Gunner uses lightning to unleash area of effect attacks and cast both buffs and debuffs. Attacking enemies with the Magic Gunner will either weaken the enemies or empower the Gunner, meaning that they get more effective the more they attack the same enemy. This can be a difficult class to master, but it’s rewarding once you’ve done it.

The Sniper focuses almost exclusively on huge single-target damage. Using fire-based abilities, they hit incredibly hard with each shot and are absolutely devastating from long distances. On the down side, they don’t have much ability to defend themselves at short range or keep crowds at bay.

The Warrior is a great all-around fighter and one of the best classes for beginners. Warriors have the highest defense of any starting class and they can also deal significant damage at close range. The Warrior doesn’t have any glaring weaknesses, and it’s effective against both individuals and groups, though it can struggle a little bit against ranged attackers.

At level 39, the Warrior can specialize into Berserker, Defender, or Gladiator.

The Berserker is the ultimate front-line fighter. Using fire abilities, they can close the distance on enemies and do tremendous area of effect damage up close. They’re also immune to enemies’ crowd control abilities, so they’ll never abandon the fight once they’re there.

The Defender is a classic tank. They use nature-based powers to draw enemies’ attention and survive whatever attacks they can dish out. Defenders might not do as much damage as other classes, but they can boost their own defense and heal themselves to stay alive to keep other characters out of harm’s way.

The Gladiator focuses on debuffing and controlling enemies with ice magic. Gladiators can slow and disable enemies so they can’t escape then unleash high damage attacks when they’re weakened. They take a little more work to be effective than the other Warrior subclasses, but they can dominate the battlefield.

The name of the Miko class might not be familiar, but it’s probably the easiest class for beginners to play. The Miko pairs excellent damage with the best support skills in the game and has great defense on top of that. The Miko is also one of the more flexible classes, since it can switch between dealing damage and healing allies, making it one of the most engaging characters to play. To balance out its strengths, the Miko has very poor mobility and doesn’t do as well against groups thanks to limited area of effect and crowd control abilities.

At level 39, the Miko can specialize into Spirit Maiden, Spell Master, or Fan Dancer.

The Spirit Maiden is the best support class in Eternal Sword M. Spirit Maidens focus on buffing and healing allies and are an essential part of any party they’re in. While they don’t do as much damage as other classes, they can still hold their own in combat.

The Spell Master focuses on debuffing enemies then calling down area of effect attacks using lightning. While they deal good damage on their own, their real strength is in weakening enemies, allowing the entire party to do more damage against them.

The Fan Dancer is a crowd control expert. Fan Dancers can keep enemies from getting close or launching their attacks against the party so their allies can attack at will. They also have decent ability to heal their team, though not as effectively as the Spirit Maiden.

The classes in Eternal Sword M may seem simple at first, but there’s a lot of depth to them once you learn the ropes. Especially after getting to select a subclass, there’s certain to be a class for you if you spend the time to find out.