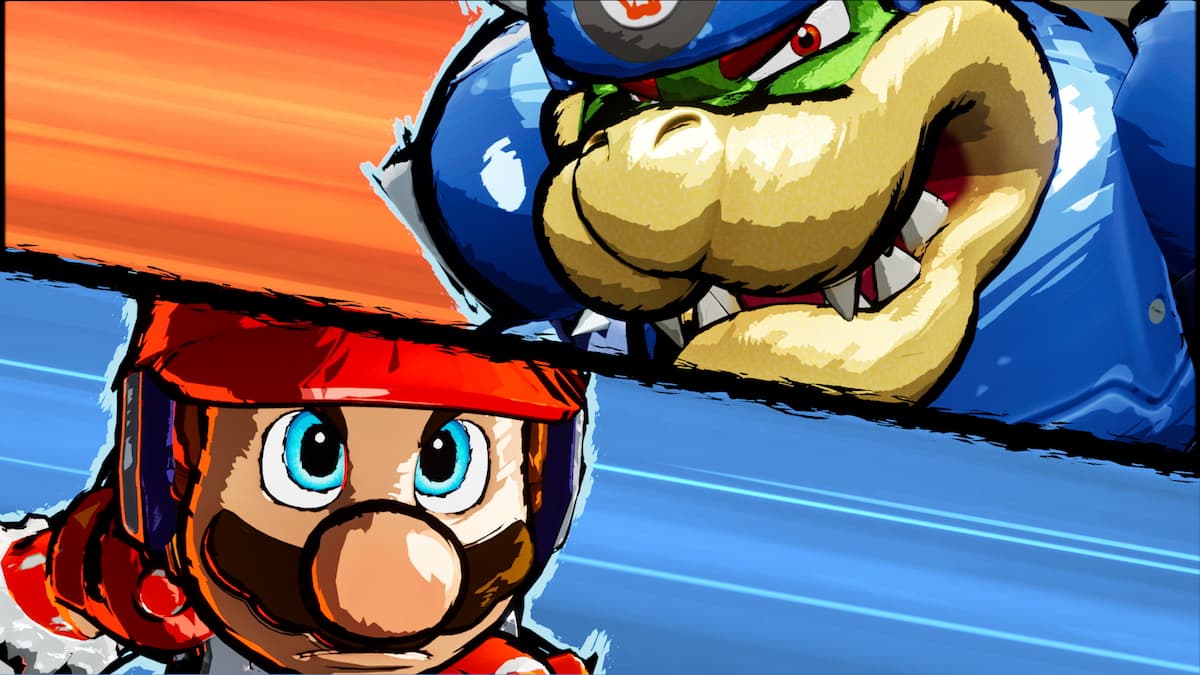 Nintendo has brought a new wave of sports-themed Mario adventures to the Switch. Tennis, golf, and now soccer have new iterations featuring flashy mechanics. Hyper Strikes are special attacks that often have secondary effects on the field of play. These are all the Hyper Strikes in Mario Strikers and what they do.

With his fire breath, Bowser’s particular shot lights the fire on the ball, and he tosses it toward the goalie. Any opponents caught in the way will be lit on fire and run away.

Donkey Kong will eat his favorite snack, then shoot the ball in a banana arc towards the goal. Any opposing players struck by the ball will be pushed back.

Luigi channels all his Mario Kart rage into a powerful tornado kick that pulls in all opposing players. They will be stunned if any of them hit the ball during the flight of the ball.

Mario has the flashiest hyper strike in the game, which makes sense considering his name is on the box. The fire cyclone is a flaming bicycle kick that shoots a flaming shot at the goalkeeper. This shot will burn anything it touches.

Peach uses the power of love and slams the ball to the goal with a heart-shaped flourish. Any rivals caught by the ball will be charmed and unable to move for a short while.

Rosalina takes to space and channels her power into kicking a frozen ball back down to the field. The ice will cause players to slow down a great deal.

The captain himself uses his mushroom top to deliver a massive headbutt to the ball. The ball then burrows underground and stuns anybody it touches on its way to the goalie. This is one of the best super attacks in the game.

The infamous Waluigi bites a rose and blasts a ball at the goalie with a trail of thorns in its wake. The thorns can stun rival players, but they also root the goalie and make it easy for a follow-up goal if the hyper strike misses.

Wario is always an agent of chaos, even on the soccer field. His hyper strike will have him electrify the ball and bounce it randomly off the arena walls. This will shock any enemies caught in its path, but it is tough to aim for an accurate shot on goal.

Yoshi eats the ball and turns it into a giant egg before firing it back on the field. The big egg will bounce and stun anybody that gets close. This hyper strike is one of the best special shots in the game, as the area of effect is quite large.