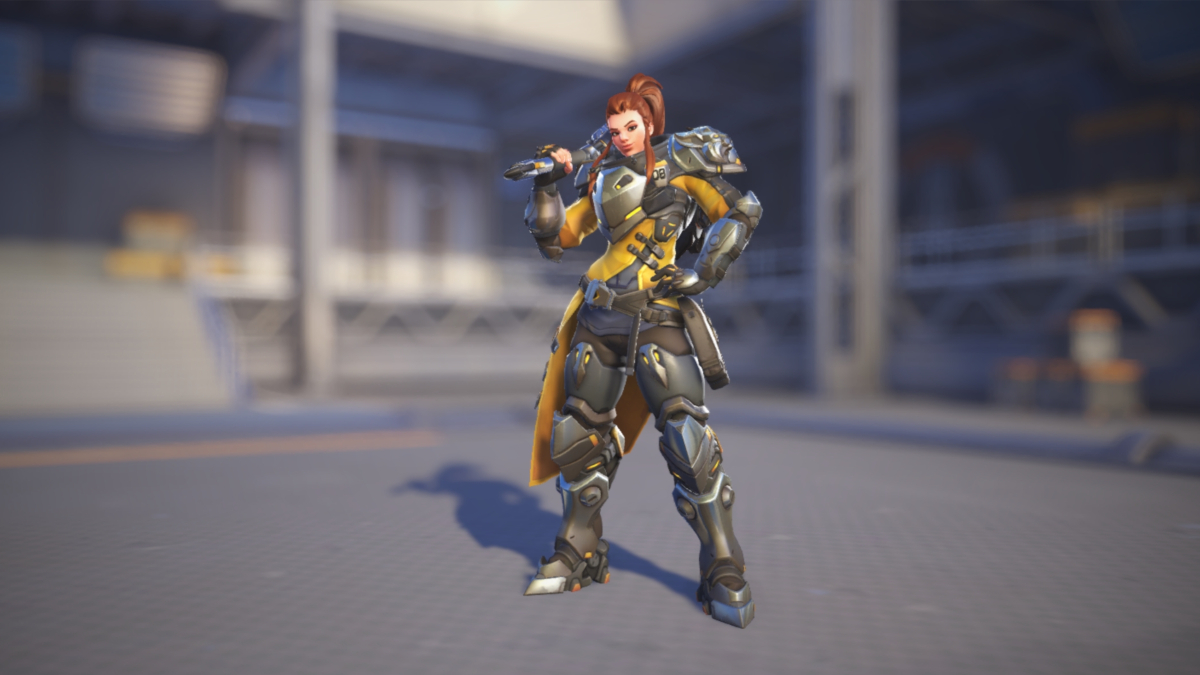 Brigitte is the daughter of Thorbjorn and a squire to Reinhardt, but she’s a fearsome fighter in her own right. Moreover, she’s a mechanic just like her dad and is able to support her team with well-placed healing packs. Don’t let that fool you, as her shield and mace allow her to get into the thick of things and brawl with the best of them. Her ultimate lets her inspire her team and lead the charge toward victory.

Related: How to play Brigitte in Overwatch 2 – strategies, counters, and best maps

All Legendary Brigitte skins in Overwatch 2

All of Brigitte’s current Legendary skins require you to spend Legacy Coins to get them, while a few of them are limited to certain seasonal events as well. However, one of her Legendary skins is currently unobtainable, although it might return at some point.

Ranking up from squire to full-blown knight, Brigitte’s got a fearsome suit of dark armor with this skin.

This skin is the same as above, but in this version, the armor is white trimmed with gold.

Half armored, and half in overalls, Brigitte is ready to do some hard work in this skin.

As the Mechanic, Brigitte’s attire has swapped the color scheme to that of her homeland’s flag colors.

This skin’s name seems to be misspelled, as it represents her as a Swedish fisherwoman, a ‘Fiskarn.’

This spooky skin really does seem to imply that you become that which you hunt.

In this skin, Brigitte is dressed and made up as a colorful Asian theatre performer.

It makes sense that her armor would resemble riot gear, and the mace will surely come in handy.

Even equipped with a bearskin cloak, Brigitte means business and is ready to send foes to Valhalla.

This skin puts Brigitte in armor that looks very much like a medic from Starcraft.