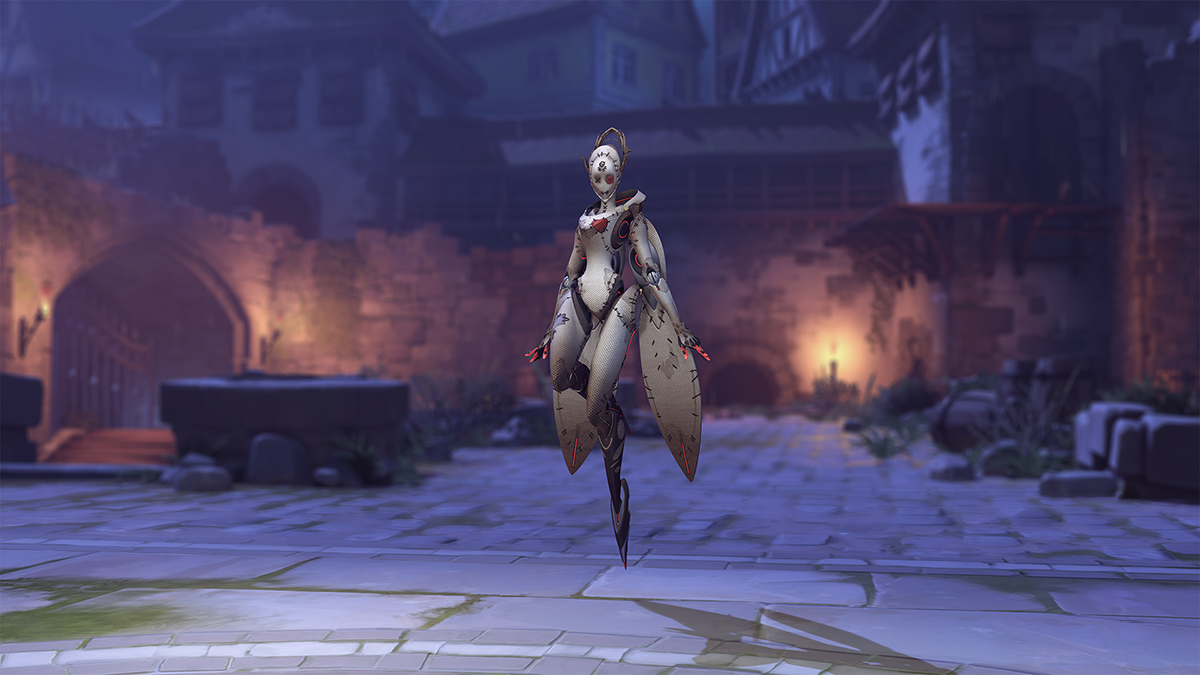 Echo is a robotic Damage Hero in Overwatch 2. She’s an extremely mobile and versatile character who, once you’ve mastered her numerous skills, functions, and abilities, is well-suited to a wide variety of situations and play styles. She can fly, which is pretty awesome, but you have to know how to use this ability. Use it correctly and you can evade and flank very effectively. Use it incorrectly, and you’ll find yourself exposed and vulnerable behind enemy lines. With all of these gravity-defying moves, you’ll want to look cool while you pull them off. Here are all of Echo’s legendary skins.

All legendary Echo skins in Overwatch 2

All of Echo’s legendary skins currently require the spending of Legacy Coins, and some of them are only available during specific seasonal events.

We’re not sure in which environment having a bright blue face provides camouflage, but the sandy-colored armor would blend into a desert at least.

As with Camo, the low-key effect is somewhat compromised by the bright orange details. The grey armor would be useful in urban or industrial battlefields though.

This delicate, pretty skin makes echo look like a classic fantasy pixie or fairy. Just don’t touch her wings or she won’t be able to fly anymore (just kidding).

As you’d expect, this is a lot like the Butterfly skin, but less colorful and with patches of fur.

This summery skin features “hair” that looks like waves, and a pair of surfboard-like wings. Bodacious!

This scary black and red skin does not add a vampiric life-drain ability to Echo’s skillset, but it looks pretty cool anyway.

This skin makes Echo look like a magpie, which is a powerful symbol in Korean tradition.