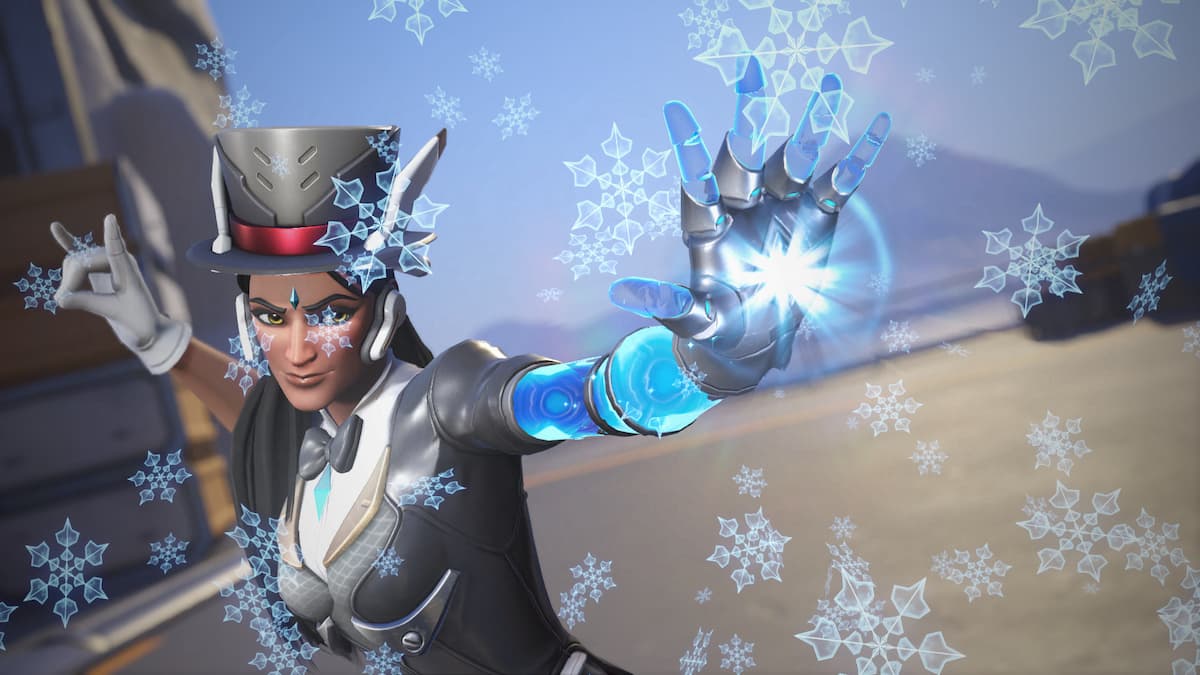 Symmetra has been around since the launch of Overwatch, and she has had quite a rough go of it. Reworked twice due to the nature of her kit and her hybrid nature to deal a ton of damage but still present typically Support qualities over Damage ones, she’s one of the more niche characters in the game. She’s also one of the characters who have a lot to offer not only in story and lore but in her skins. Symmetra has a lot of really good Legendary skins and this guide will list every Legendary Symmetra skin in Overwatch 2.

One of Symmetra’s original skins, shows Symmetra in her primary job, working as a builder of hard-light structures. Like her, it’s elegant yet simplistic and no frills needed skin, and wholly pragmatic.

A color variation of the Architech skin, it presents the skin in lighter tones. Once more it keeps things simple and to the point.

Hauntingly beautiful, this skin inspires fear much like a fully charged Symmetra does as she charges down the battlefield.

Another color variation, this skin is no less terrifyingly stunning. Much like the Devi skin, you don’t want to face this skin on a Symmetra who found a shield to burn down with her beam.

This skin is one of the more famous skins of Symmetra. Released in the first Halloween Terror event, it transforms Symmetra into a legendary being that is fully capable of burning you to ashes with her beams.

Elegant and simple, featuring small details that make it unique for the character, this skin is a lovely addition to Symmetra’s collection of skins.

While Symmetra’s powers aren’t necessarily described as being magical, it can seem out of this world the things she can conjure up. This skin is a great addition for Symmetra and has a wonderful hat to go with it, as well as a very unique skin for her arm.

A classic skin, this one has some amazing details, as well as a very impressive headpiece and amazing colors.

This skin changes the whole look of Symmetra, changing her from mortal to immortal, and honestly quite intimidating to see a Symmetra wearing this mid-battle.

This is a remix of the Dragon skin and changes the feeling from fiery to almost icy.

This skin puts a classic and elegant twist on Symmetra, using dark colors and gold accents to make her seem like she has just stepped out of, well, an art show.