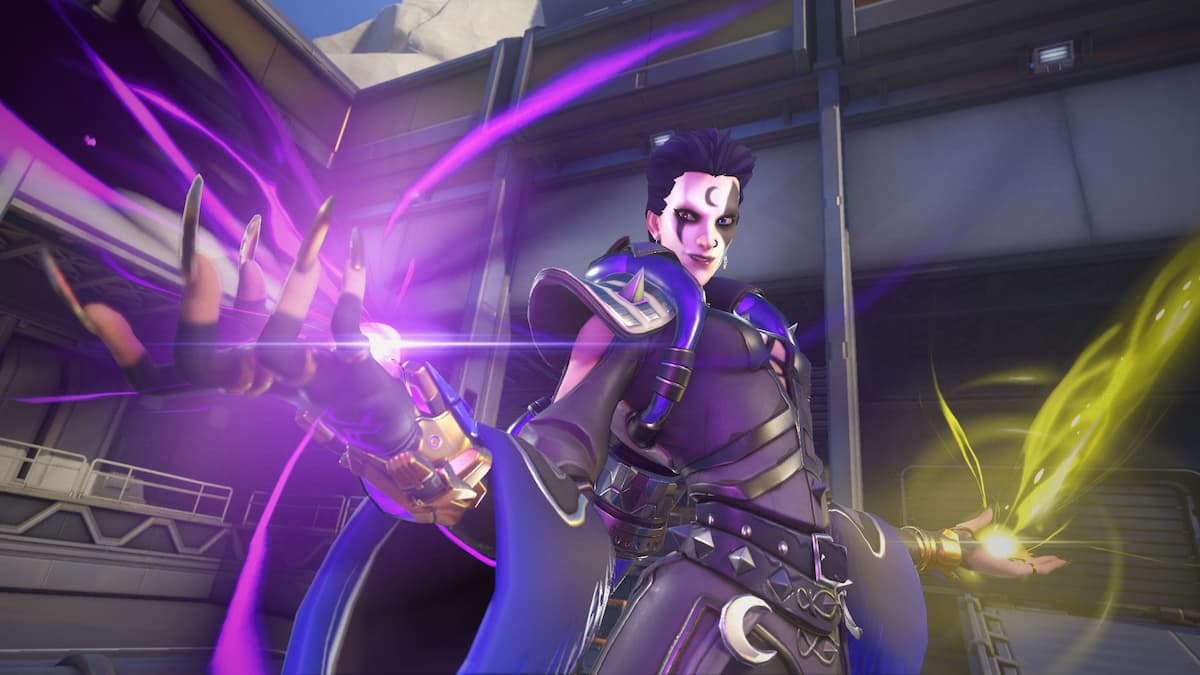 In Overwatch 2, there are tons of different characters that you can pick up and learn, but one of the more infamous ones is the Support Moira. Moira has been controversial since her launch, featuring far more of an offensive gameplay style for what is considered a main Support. The tall, and quite frankly intimidating woman, is known for phasing out of the shadows to ruin your day or sending a floating ball of death that always seems to find you when you’re on 10 HP. Despite this, Moira does have some interesting skins, and this guide will list every Legendary Skin for Moira in Overwatch 2.

One of the more common skins to find a Moira player in is the Moon skin. It features dark colors, and a sense of foreboding, as if you can feel the Moira about to pop up and ruin your day.

This is the brighter version of the Moon skin, and while it might be brighter in color, it does nothing to alleviate those concerns. In fact, now you have to worry about a clown-like Moira assassinating you. Honestly the stuff of nightmares.

Refined and dignified, this skin gives Moira a fancy hat, and some sparkly sleeves as if she’s more likely to go dancing than enter combat. Moira’s Minister skin is certainly one of the more reserved options for this hero.

A color variant of the Minister skin, the Oasis skin changes the color accents on the outfit, making Moira seem more regal and far less lethal, well, to a degree.

It’s safe to say that Moira doesn’t need to be creepier, and yet they certainly achieved that with Moira’s Banshee skin. With her ghostly fire, her torn clothing, and a thousand-yard stare, facing down this Moira is definitely on brand for the skin theme. Not to mention, if you don’t like feet, that will add a whole new factor of fear to the game.

Moira certainly gives off a cold and uncaring vibe, and her Ice Empress skin personifies this. Complete with a crown, fur boots, and white hair, this skin is both beautiful and deadly.

This skin replaces Moira’s own face with a mask meant to induce fear and terror. Despite the bright colors featured elsewhere, there’s just something about that mask.

This skin calls back to Moira’s days as a part of Blackwatch, the covert ops group of Overwatch. Featuring a nice little beret and dark colors it’s definitely suited to Moira.

Moira is and always will be a scientist first, and an orb-wielding Support second. This skin showcases her in her regular wear, and yet somehow makes for a great skin.

Leafy, bright, and lethal are the only ways to describe this skin. This skin is one of the brighter ones that Moira has, making it really stand out.

Featuring another beret and quilted pants this skin is the latest to be added for Moira in the Shop.