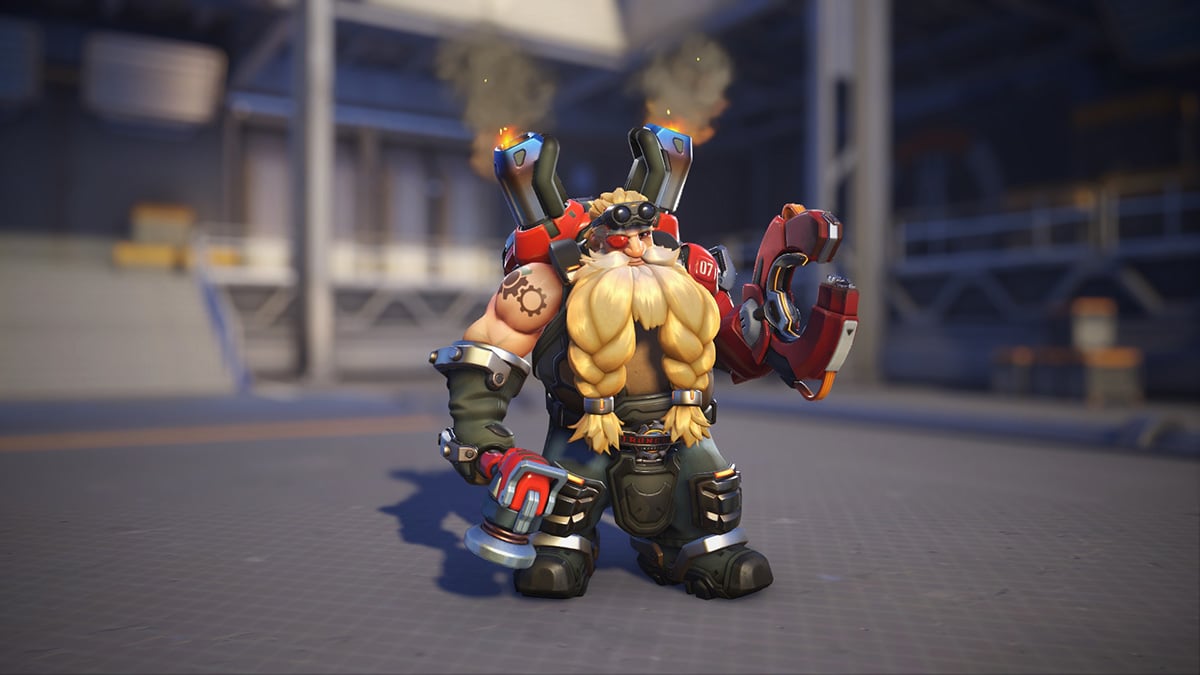 Torbjorn is Overwatch’s resident Swedish engineer and most definitely not a dwarf. In the game, he is well known for building his turret that can cause all sorts of problems for teams that don’t know how to handle them. He wields a hammer and a bolt gun, and can also armor himself up to become extremely tanky while dealing a lot of damage. Something everyone knows is that when you hear Torbjorn proclaim “Molten Core” it’s time to run and escape a fiery death, especially if he’s in one of the Legendary skins detailed below.

All Legendary Torbjorn Skins in Overwatch 2

Torbjorn is putting his engineering skills to good use by becoming a biker. He probably built his own custom chopper.

This skin reimagines Torbjorn as part of the infamous Deadlock gang from the game’s lore.

The name Barbarossa literally means “red beard” which is fitting for this fiery pirate.

Speaking of pirates, here is Torbjorn as one of the most legendary pirates of all time, Blackbeard himself.

Being garbed as the dwarven king from World of Warcraft suits Thorbjorn extremely well. Even if he’s not a dwarf.

It is a matter of a long-standing internet debate if this is the sexiest or most cursed skin in the game.

A Viking skin is a very appropriate Halloween costume from the Swede.

Perhaps an even more appropriate one is Torbjorn dressed as Santa. Even if he looks a little bit grumpy.

Torbjorn looks ready to get into the forest and cut down some trees. Or engineer a turret that does that for him.

This skin represents Torbjorn as Zhang Fei, one of the generals from the Romance of the Three Kingdoms novel.

Torbjorn was a Chief Engineer during the time when Overwatch was up and running as an organization.

It seems that this skin is what Torbjorn looked like as a younger lad. It’s odd seeing him without his iconic beard, that’s for sure.

Unleashed upon the world is mecha-Torbjorn. But we have to admit that he looks pretty cool with this skin.

Nautical engineering isn’t too far of a reach when it comes to Torbjorn, and the captain’s hat really looks good on him.