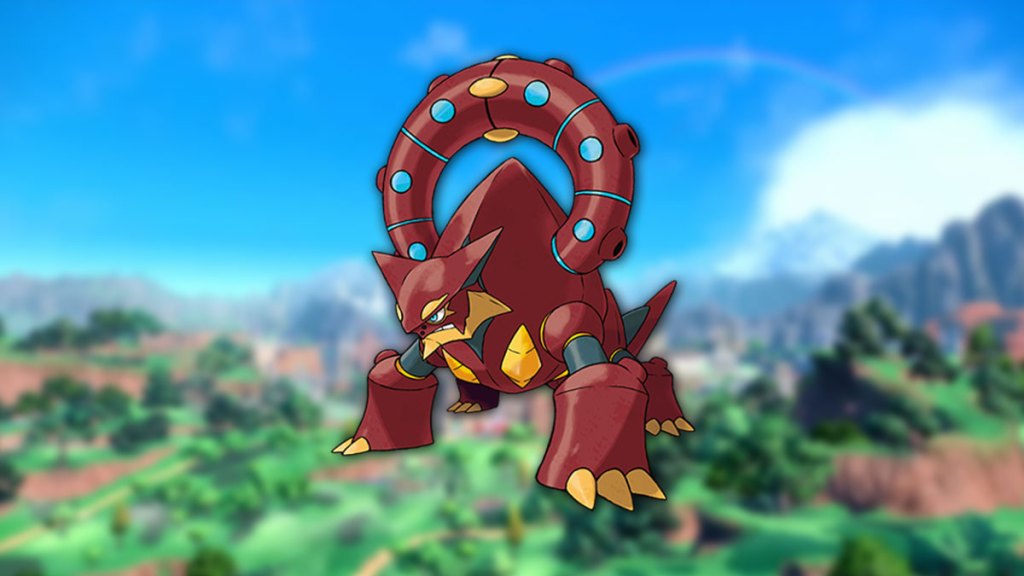 With nearly 1,000 Pokémon out there in the wild, there are so many combinations of types to try out. Yet there are still a good number of dual types that haven’t actually been turned into Pokémon yet. Some might surprise you — Volcanion (seen at the top of this article) is the only one to carry both Fire and Water typing. Plenty of evolutionary lines and regional forms get wild with their typing, but not every combination is covered. We’ve ranked all the unused ones and thought about what they might offer were they to actually appear in the future.

Related: 10 animals that aren’t Pokémon yet, but should be

Normal type isn’t always the most exciting, as it’s designed to be a balanced, all-around category. Most of these Pokémon are based on regular animals, so a Normal/Bug type would probably just look like Caterpie up there. Not very exciting, but something has to be at the bottom of the list.

This could be a bit funnier, if only because rocks are already everyday objects. Slap some googly eyes on a stone to make a pet rock-looking pre-evolution to Nosepass and Probopass, and you’re in business.

What’s the most ‘normal’ thing in life that could be poison? A poison ivy leaf? There are plenty of plant Pokémon in the series, starting with the Bellsprout line in Gen I. A poisonous version isn’t out of the question — perhaps a Paldea regional variant in Scarlet and Violet?

Once again, we must ask ourselves what ‘normal’ metal object works here. Magnets fit the bill, but Magnemite is already out there and not a Normal/Steel type. Something like Magneton, but composed of several pieces of cutlery might do the trick.

With all the Normal types out there, this seems like an easy one to make happen: just put one on ice. Scarlet and Violet’s Terastallize mechanic could be a way to make that happen, if only temporarily. With that, we’re finally done with the normies.

It’s a classic image: a martial arts master punching through rocks. Yet Terrakion (above) is the only Fighting/Rock type out there, and there are zero Fighting/Ground types. It would say a lot about a Pokémon if it were to master both a fighting style and the ground itself. Sounds like a monster that can punch so hard it makes earthquakes.

This hybrid isn’t as exciting as some, but it seems like another obvious one. There are lots of nocturnal insects out there, from mosquitos to crickets to moths. We do have an example of that last kind, but Venomoth has Poison as its secondary type.

This is another dual type that would make sense as a regional variant; we can picture a popular Poison-type like Grimer getting the treatment. It already got a new color scheme with Alolan Grimer in Pokémon Sun and Moon, so a little dash of cold ought to do the trick.

There are a few unused Fairy pairings in Pokémon, starting with this one. The possibilities again seem rather obvious: a gnome or elf, like a nicer version of Impidimp. An evolution that takes a grounded ‘mon into the sky with a new pair of wings would really seal the deal.

This one’s for the Dungeons & Dragons players. That tabletop RPG has a spell called Faeire Fire, which makes an enemy target glow. A bright, shining pixie burning with magic flames could bring the same energy to Pokémon.

Pictured above is Naganadel, a Poison/Dragon-type Ultra Beast from Ultra Sun and Ultra Moon. Note its body shape, which is almost like a big, squeezable needle. That’s the direction a Poison/Steel type would need to go. It would have to be a Pokémon that resembles a device capable of injecting poison.

Who wouldn’t want to throw electric punches? Whatever Pokémon gets to be the first one to carry this dual typing would have big Dragon Ball Z energy, throwing energized fists and beams. Alternatively, it could be a riff on Street Fighter’s Blanka. Either way, this merging of types sounds like a Legendary to us.

Dragonfly: it’s in the name. Unfortunately, Pokémon’s existing dragonflies Yanma and Yanmega are merely Bug/Flying types. This wouldn’t have to be a literal dragonfly, though. Putting big wings on a little caterpillar or centipede would also make for an interesting (and intimidating) design.

Oh, you put a tooth under your pillow for the Tooth Fairy? That’s cute. This Pokémon will just sucker punch you in the face and pick up whatever falls out. Tinkerbell with boxing gloves is a dangerous combination.

Fire and water are often seen as opposing forces, but fire and grass have a different dynamic. One outclasses the other, as the flames burn away grass and plants. It’s a fascinating type concept for a Pokémon, but it’s not one we ever really expect to see. Making something tasteful in today’s world of forest fires and climate change would be quite difficult.

Come on, Pokémon team — it’s right there. This ‘mon would be living gravestone, which is such an obvious idea that hasn’t happened yet. Spiritomb (above) is the closest thing we have, but it’s a Ghost/Dark type. Someone dropped the ball there.