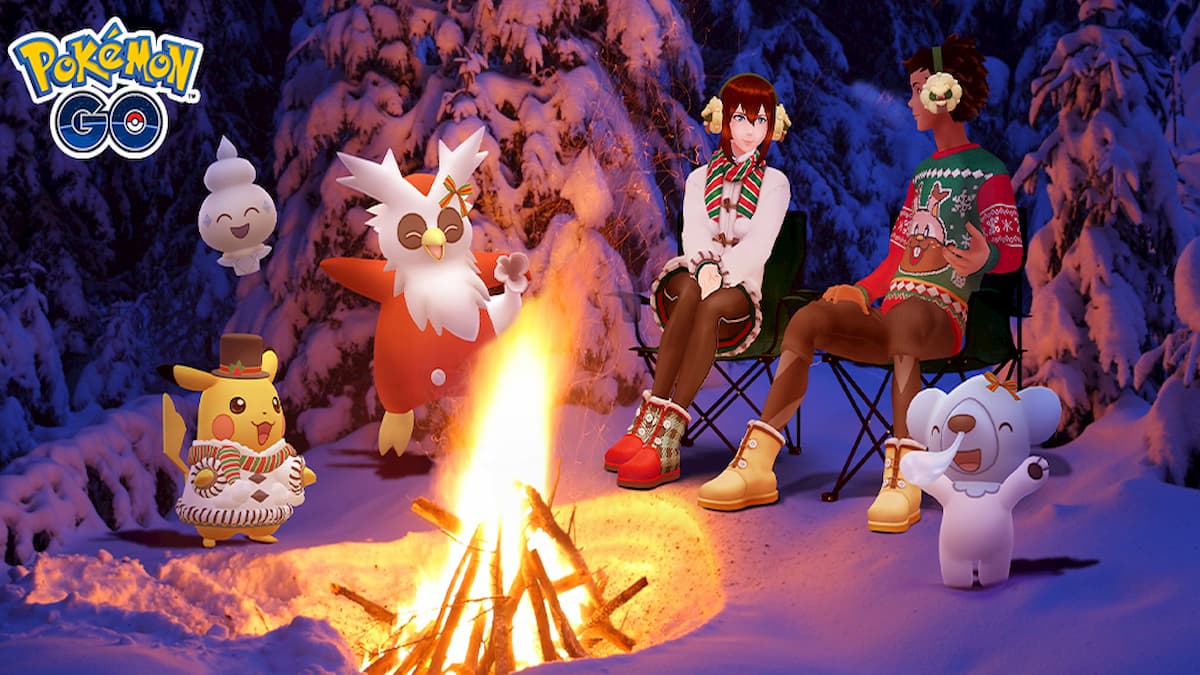 It’s nearly the end of the year, but before we start 2021, Pokémon Go is looking to bring in the holidays with a Holidays event. The event will start on December 22 at 8 AM and go until 31 at 10 PM, your local time. It features various Pokémon with holiday exclusive outfits, new raid battles, winter-themed avatar gear, and much more.

All Pokémon Spawns during Holiday 2020

Starting on December 22, these Pokémon will appear more frequently in the wild. All of them are Ice-type Pokémon, and Vanillite is making its debut.

Pikachu, Delibird, and Cubchoo will be wearing exclusive holiday-themed costumes for the duration of the event.

All Pokémon Raid battles during Holiday 2020

These Pokémon will be featured in raid battles throughout the event.

There will be Winter-themed avatar items players can purchase from the Pokémon Go store, and there will be new stickers. You can choose to purchase these stickers from the in-game store directly, or you’ll find them at PokéStops you visit. They feature Alolan Vulpix, Croagunk, Whimsicott, and several others featured in Holiday 2020.

Unique bonuses are occurring throughout the event, so you’ll want to make sure to participate in special events on specific days.

Regice will be returning as an exclusive raid from December 26 to December 27. Make sure to catch them before they run off.