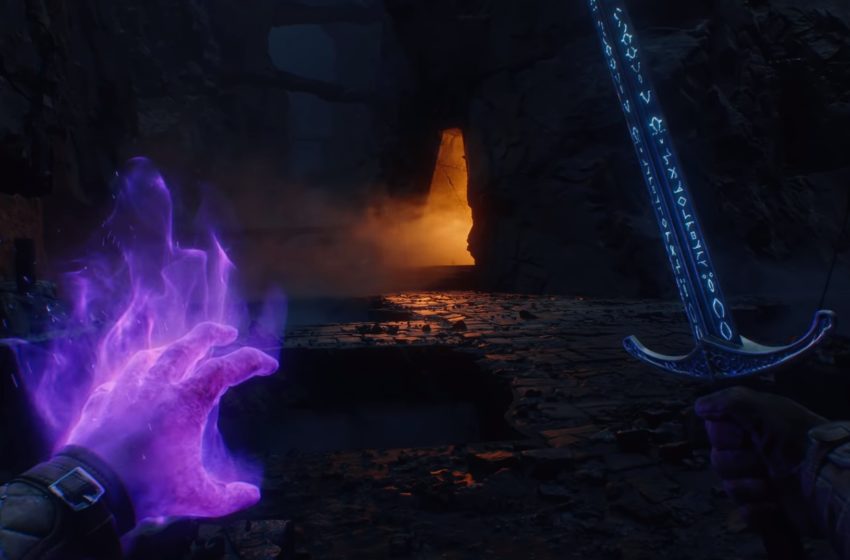 Obsidian Entertainment, the creative team that worked on Fallout: New Vegas, Star Wars Knights of the Old Republic II: The Sith Lords, Pillars of Eternity, and The Outer Worlds has a new game set to release for the Xbox Series X called Avowed. It was revealed during the Xbox Games Showcase Livestream 2020 event with plenty of mystery, but it depicted a dark world full of magic, fantasy, and the hope for a hero to rise to the call. Here’s what we know about the upcoming game.

The official trailer for Avowed provided no additional details about the game. There’s plenty of mystery revolving around when we could learn more about it from Obsidian, so it’s a good idea to expect to see more details sometime during holidays. Because the game debut at a time when Microsoft wanted to show as much as they had as possible for the Xbox Series X’s launch in holiday 2020, it’s likely we can hear more when the console officially launches, or a little after. You can certainly expect to play it on the upcoming console when it does become available.

The trailer did not reveal what type of game style we were going to see in Avowed, but at the end, the camera moves to assume the first-person perspective of a character wielding a sword in one and a magical spell in the other. We’ll likely be playing the game from the first-person perspective. Because Obsidian created The Outer Worlds as their interpretation to Fallout, but in space, Avowed could be their response to The Elder Scrolls.

What’s the setting for Avowed?

It’s a grim fantasy setting with evil monsters, magical spells, and characters swinging swords against powerful shields. While the world may have looked foreign to many who viewed it, eagle-eyed fans of the Pillars of Eternity crowd were able to spot multiple connections to Obsidian’s tactical RPG and the franchise’s world, Eora.

For example, the banner waving at the start of the trailer had the symbol of Woedic, the god of justice and law in the Pillars of Eternity world. The god also went by the name of Oathbinder. Now, all of this may seem like a stretch, but Pillars of Eternity fans on reddit say otherwise, many hinting that it will take place somewhere in the Aedyr empire where Woedic is primarily worshipped.

Does it have a connection to Pillars of Eternity?

Beyond being somewhere in the Pillars of Eternity world, Avowed will likely have a direct connection to the RPG. With Woedic’s symbol being extremely prevalent in the trailer and in the world of Avowed, many believe the game will serve as a prequel to the RPG. We’ll see what the world was like before these games came to light, giving Obsidian plenty to explore and detail how things developed before players took control of The Watcher.