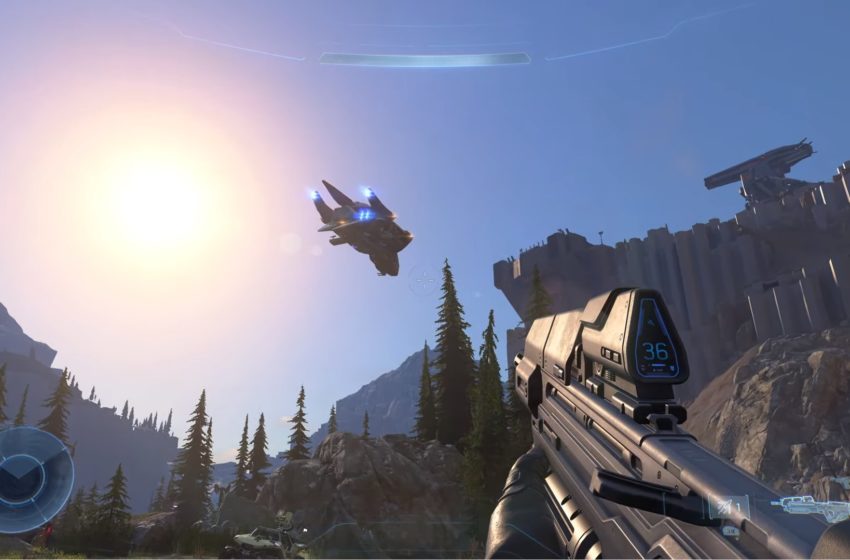 Halo Infinite is the next game in the Halo franchise. It will serve as a launch title for the Xbox Series X, the next-generation console from Microsoft. The game, and the console, are set to release sometime in holiday 2020. Here’s everything we know about the upcoming title, and what we can expect in Master Chief’s next journey and what developer 343 Industries has in store for excited players.

So far, we know it will release sometime in holiday 2020. The exact date has not been confirmed, but it will launch alongside the Xbox Series X console. When we know more about the next Xbox, we will hear more concrete details for Halo Infinite’s exact release date.

It’s tough to figure out what’s happening in Halo Infinite before it releases. What we’ve seen so far from 343 Industries is that Master Chief has been rescued while drifting in space, and arrives on a new ring. The last Halo game to come before this was Halo 5, and it featured Master Chief on the run from other Spartans while he attempted to locate Cortana. Halo Infinite does not appear to follow the same story, and 343 Industries’ Studio Head Chris Lee told IGN that Infinite will be “the start of our platform for the future.”

How do the visuals look and what’s the gameplay?

We got a brief look at what the gameplay in Infinite would look like from a demo featured during the Xbox Games Showcase live stream for 2020. Infinite was how the event kicked off. During the live stream, parts of the game were not shown in 4k, and some of the visuals dropped to 720. However, when the game arrives for the Xbox Series X, players could expect full 4k Ultra HD support, and 60 frames per second. The video uploaded by Microsoft following the event is shown below, giving a much better representation of what the visuals will look like at release.

The gameplay for Infinite seemed to give players a bit more open-world things to do. The demo showed several waypoints the player had to clear, and enemies dropped in along the way. Other than the objectives, the player could pick any route they wanted to take to complete their goal. We could see Infinite being much more open-ended than previous Halo games and could see something along the lines of a live service platform.

Who are The Banished?

At the end of the gameplay trailer, there was a cutscene showing a Brute speaking over a hologram. The transmission shown in the trailer was first teased in late June by 343 Industries on their twitter account, where the Brute speaking had said that they represented The Banished. The transmission in the Halo Infinite gameplay trailer and the one teased in June are different but are performed by the same Brute.

The Banished were an enemy first seen in Halo Wars 2, and they were the main antagonist. They’re a mercenary group made up of Covenant forces, and a splinter group looking out for themselves, formed by Atriox, the main antagonist from the game. We can expect to see them serving as the main threat against Master Chief in Infinite, but we do not know what other dangers await him on the new ring.

What platforms will support Halo Infinite?

Halo Infinite will be a launch title for the Xbox Series X next-generation console when it releases in holiday 2020. However, it will also release for the Microsoft Windows on PC and will be available for the Xbox One, but will not be as optimized. You can also get it by having a subscription to the Xbox Game Pass.