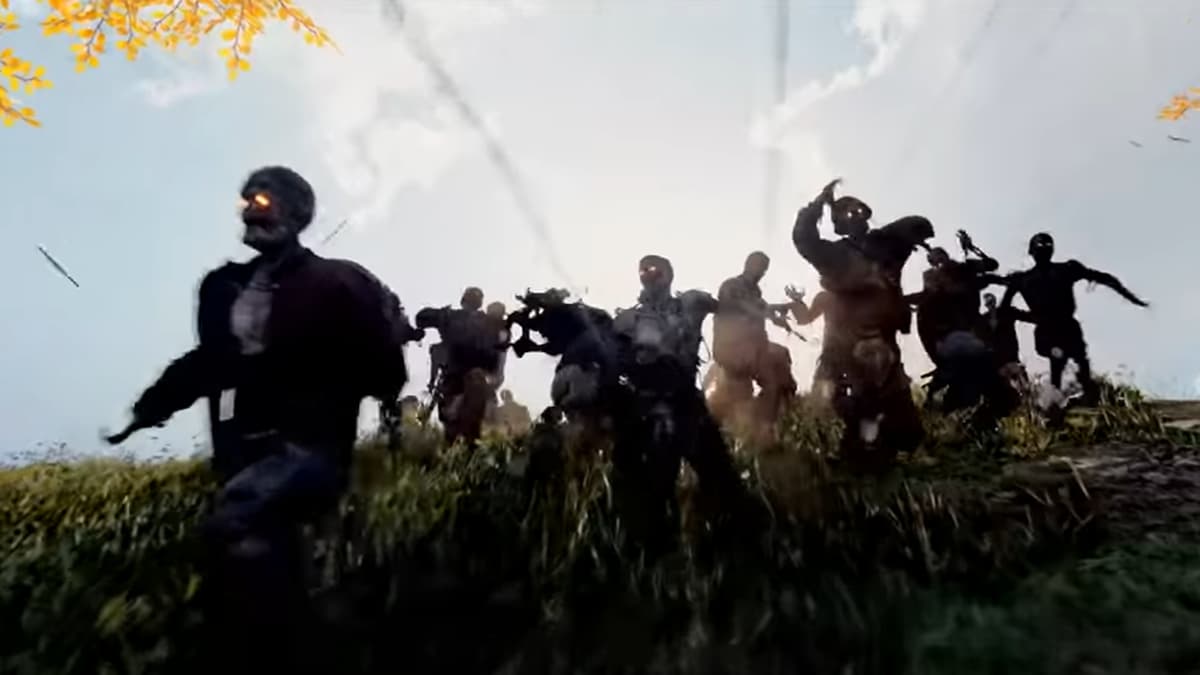 Call of Duty: Black Ops Cold War’s Season Two update is about to drop, bringing with it new operators, multiplayer maps, and more. On the Zombies side of things, a whole new game mode is coming, called Outbreak, as seen in the gameplay trailer below.

What exactly is Outbreak, though? Will fans of normal Treyarch Zombies maps take to it as they have with Die Maschine and Firebase Z? While it is impossible to know everything before the mode releases, we have some pretty good clues of the experience you will have when you play this game. Here is what we know about Outbreak in Call of Duty: Black Ops Cold War Zombies.

How does Outbreak fit in the Zombies story?

Treyarch confirmed in a blog post that Outbreak takes place in the Ural Mountains in Russia, a location heavily teased in Firebase Z and slightly in Die Maschine. This area is the location of the highest concentration of portals connecting the world to the Dark Aether, the realm that the zombies and other horrors are coming from in this storyline. With what we have seen in the reveal trailer and from different clues in the Firebase Z map, this mode is taking place following the events of Firebase Z, meaning we are likely to run into Ravenov again. As is the case in the previous maps, we are playing as Requiem’s strike team and trying to stop Omega Group from weaponizing and using the Dark Aether for their agenda. The ciphers in Firebase Z tell us that Omega Group knows Requiem will deploy a strike team here, and they are using this area to keep us distracted from something. From what we do not know yet.

What is returning in Outbreak?

Outbreak appears to have been slightly inspired by the Blackout battle royale mode from Call of Duty: Black Ops IV. In that mode, Treyarch mashed many aspects of their games to make a giant map that was both iconic and recognizable.

In Outbreak, you will notice some odd things stick out that are familiar. For one, the zombies seem to be pulled from different Treyarch Zombie maps in the past. For example, we can spot individual zombies with barbed wire around their corpses like from Mob of the Dead and Blood of the Dead, maps that take place in a twisted reality of Alcatraz Prison, possibly the Dark Aether. The trailer’s end also shows a zombie with a Santa Clause hat on, a nod to the Christmas-time mode in Die Maschine. Don’t be surprised if we see even more zombies pulled from previous maps due to this large-scale breach.

We also know some boss zombies are returning in Outbreak. A Mimic from Firebase Z is shown at the beginning of the trailer, and a flamethrower-wielding Panzersoldat from Origins, Der Eisendrache, and Revelations appear. If any other tough Zombies like Manglers or Brutus appear, we will need to find out when the map releases. Do not be surprised, though, if we see a return of the Orda from Firebase Z. They might have been the final boss in that map, but they also appeared in Die Maschine and seem to be interwoven into the Dark Aether and could potentially be looking to either protect it or expand it into the normal world.

Zombies aren’t the only returning aspects of past maps we see in the trailer. You can spot the Dragon heads from Der Eisendrache in Call of Duty: Black Ops III multiple times connected to some machine. Like in the past, you need to kill zombies and feed them to the dragons to power up these machines to function. We do not know what these machines do as of this writing.

How big is the Outbreak map?

Throughout the trailer, you will notice the surroundings switch between snowy and standard fall environments. All of this footage is taken on the same map, but most likely in different locations. In Firebase Z, you start the game in a small village before taking a teleporter to a spot on the other side of a mountain. The same thing is most likely true here, with players jumping between portals to see areas further within the Ural Mountains. Most likely between a small town and a ski resort. The leaks that came out about Outbreak said this mode is essentially an “open-world Zombies,” giving plenty of room for vehicle use (a Zombies first).

Will we go into the Dark Aether again?

In Die Maschine, traveling between the Dark Aether and the normal world version of the map were integral for Main Easter egg progression and had uses for a couple of side Easter eggs as well. It does look like players will have a chance to travel the Dark Aether, but it will be in confined cases. We see a darkened room in the trailer that looks like the Dark Aether, and players are probably fighting to survive before returning to the normal world through the portal in the door. It appears fighting the zombies in these small areas will pay progress towards some objective on the map.

What are the monkeys for?

Monkeys in a rover being escorted by players through the woodlands of the map can be seen at a certain point in the trailer. Players will use this to find dimensional portals. While some may think this is random, the monkeys appear to have some connection to the Dark Aether. In Die Maschine, when you traveled to the Dark Aether, you could find ghost monkeys littered around the map. There was no way to interact with them, but they were very apparent. The fact we are using a monkey to find portals will have some story implications as we continue forward.

While the gameplay trailer gave us many answers to this new way to experience Treyarch’s Call of Duty Zombies, there are still some burning questions for us. Why is the Ural Mountains the specific location of the biggest breaches of Dark Aether portals? What is Omega Group really up to while we have our attention in this area? We likely will have answers to at least a couple of these questions when the map releases, but it is also probable Treyarch will leave us with even more questions after playing.