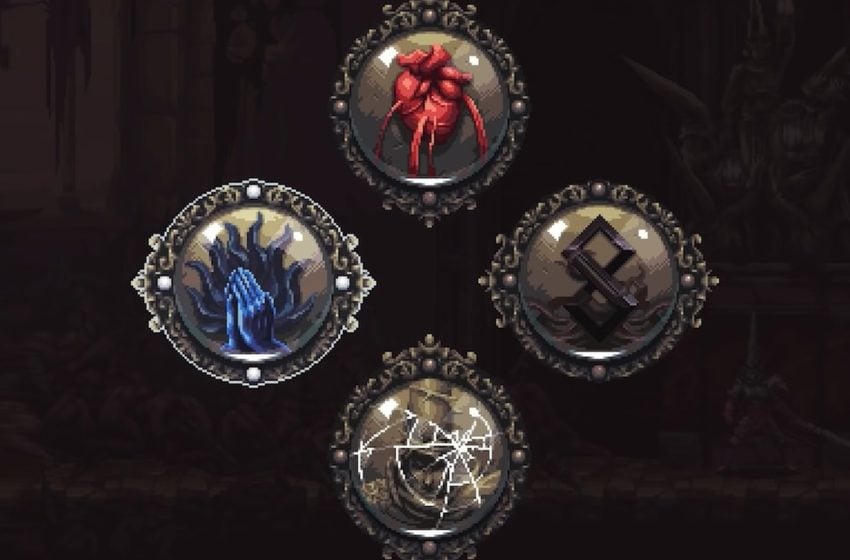 The first Blasphemous DLC, The Stir of Dawn, introduces a number of new mechanics and features to the game, and perhaps the most interesting among them is the Three Penitence system. This new system was featured prominently in the DLC reveal trailer, and it seems to alter the way Blasphemous can be played in some major ways. Here is everything we know about the Three Penitence system.

In the Stir of Dawn DLC, players can access a new altar located in the room right before the first boss in Blasphemous, the Warden of the Silent Sorrow. This altar offers four choices, the first three being Penitence of the Bleeding Heart, Penitence of the True Guilt, and Penitence of the Unwavering Faith. The last choice seems to be just a cracked reflection of the Penitent One, and is most likely the option to play Blasphemous the regular way, without an active Penitence.

How the Three Penitence system works

From what is shown so far, it would seem that the choice of Penitence the player makes will permanently change the rules of the game for that playthrough. It is not clear if players can return to the altar later on to switch out their Penitence.

Below are the descriptions of each of the Penitence options revealed in the trailer.

Penitence of the Bleeding Heart

Your skin is torn, only your will keeps you going. Every attack you receive makes you lose one Life Orb.
Your sacred equipment is affected by the Miracle. Bile Flasks regenerate several Orbs over time, but suffering damage stops this process.
Your enemies are relentless. Enemies respawn more frequently.

Penitence of the True Guilt

Failure is unacceptable. Upon death, all your Tears of Atonement are placed on the Guilt Fragment.
Regret overcomes you. Your Guilt level reaches the maximum once you fall in battle.
Nothing can ease your pain. Bile Flasks will not heal you, refilling your Fervor instead.

Penitence of the Unwavering Faith

Your sword arm weakens. Mea Culpa attacks are half as effective.
Your mind is stronger, your determination an endless supply of fervor. Fervor regenerates over time.
Pain makes you lose concentration. Damage suffered reduces your Fervor stocks.

So far this is everything we know about the Three Penitence system in the Stir of Dawn DLC for Blasphemous. New details will likely be revealed in the weeks leading up to the DLC’s release on August 4, and you can catch them on the game’s Steam News page.