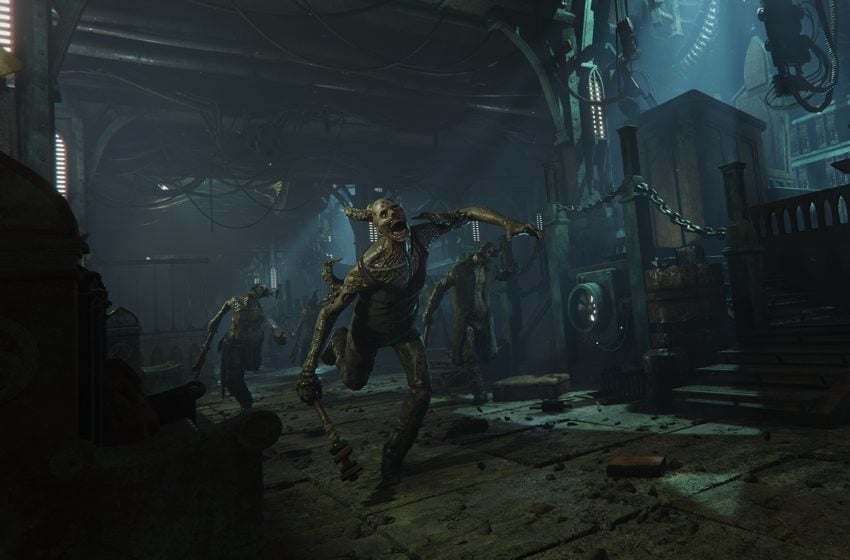 Fatshark, the studio behind acclaimed cooperative first-person smasher Vermintide, have announced their next project is named Warhammer 40,000: Darktide. Set against the dark, nihilistic background of the Warhammer 40K universe, Darkside acts as a spiritual successor to Vermintide and will feature many of its gameplay mechanics and principles. Here is everything that’s currently known about Darktide.

Players will assume the roles of Imperial Guard operatives, sent into the lowest levels of Hive City Tertium to investigate certain “unrest”. If you are unfamiliar with 40K, Hive Cities are enormous super-structures housing millions or even billions of inhabitants, divided into different floors based on their social status. The majority of a Hive City’s population dwells in the lower levels, and the deeper you go the more decrepit and hostile the environment gets.

It would seem a Chaos Cult known as the Admonition is stirring in the lowest levels of this particular Hive City, and players will be tasked with dealing with it, presumably with fire.

Darktide will follow many of the cooperative gameplay beats of Vermintide 2. Players will join in teams of four and fight their way through hordes of enemies in difficult PvE scenarios. If the trailer is any indication, Darktide seems to be taking a note from 10 Chambers Collective’s GTFO‘s horror approach, taking players away from the (mostly) open spaces and (mostly) sunlit landscapes of Vermintide 2, and into the claustrophobic darkness of the underhive.

While Vermintide is almost exclusively about melee combat, Darktide will balance between melee and gunplay, although melee mechanics will still be a major focus. Players can expect to get their hands on iconic 40K weapons like chainswords, lasguns, plasma guns and flamers. Interestingly, artwork indicates that Ogryns might be a playable class in Darktide, and being able to play as hulking 10 foot tall brute would be a major switch for Vermintide players.

The Admonition appear to be a Nurgle cult, and while there is no shortage of horrific mutagenic diseases in the dark future of 40K, a Nurgle connection would tie Darktide with Vermintide thematically. Either way, players will be fighting hordes of infected zombies, and some bigger miniboss-type enemies. Enemies wielding ranged weapons are also a possibility.

Warhammer 40,000: Darktide has a planned 2021 release window, with no date indicated just yet. Fatshark have stated that there will be “testing opportunities” down the line, so eager players should keep their eyes open for beta signups.

We don’t know just yet is Darktide will be available on other platforms besides PC and Xbox, but it seems like a good bet that it will eventually land on the PlayStation 5, as Vermintide 2 is available on the console’s current generation.