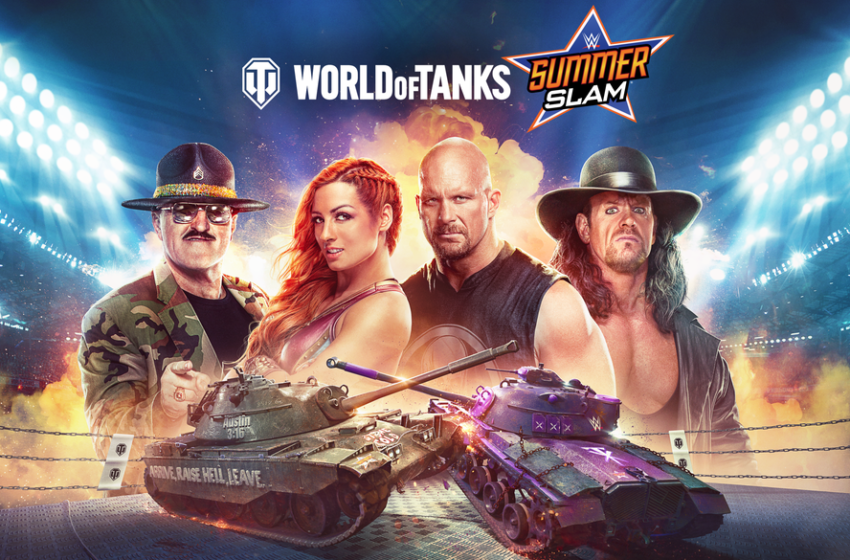 It’s time for commanders to get their Stone Cold Stunners on. A WWE crossover event — SummerSlam — has arrived in World of Tanks, and it brings a whole host of wrestling-inspired items to Wargaming’s MMO title.

If you’re after more information about what exactly SummerSlam is, we’ve got you covered. Startup those engines, prepare your walkout music, and let’s dive in.

When is the start and end date for World of Tanks’ SummerSlam?

SummerSlam Season 1 is available to play from today (Tuesday, July 21) as part of World of Tanks‘ 5.0 update. Downloading and installing the latest patch will grant you access to the event, and it’s free to all players.

The crossover event will run until Monday, September 21, so you’ve got plenty of time to partake in everything available in this WWE-inspired celebration.

What platforms in World of Tanks’ SummerSlam available on?

SummerSlam is available to PlayStation 4 and Xbox One players. Unfortunately, there’s no word on whether PC gamers will get this content at any point, so those playing on PC will miss out.

What content will I get in World of Tanks’ SummerSlam?

As part of Season 1’s content, players will have the opportunity to command five legendary Superstar Collector tanks. These have been inspired by iconic WWE Superstars past and present, and these are “Stone Cold” Steve Austin, Becky Lynch, The Undertake, Andre the Giant, and Sgt. Slaughter.

Players can also experience a redesigned WWE garage complete with Superstar introductions for each vehicle, unique visuals for their tanks, and crew chests comprising the five Superstars listed above.

Finally, for July, Commander Mode — the RTS game type that offers a different angle in vehicular combat — makes its return for SummerSlam, so you can test your skills and tactics in a new light.

August will see the arrival of more famous WWE wrestlers, including Roman Reigns, Ric Flair, “Macho Man” Randy Savage, “Rowdy” Roddy Piper, and Shawn Michaels. Crew chests and tanks based on these iconic stars will be available in the garage next month. There’s plenty more to look forward to if you’re a huge World of Tanks fan.