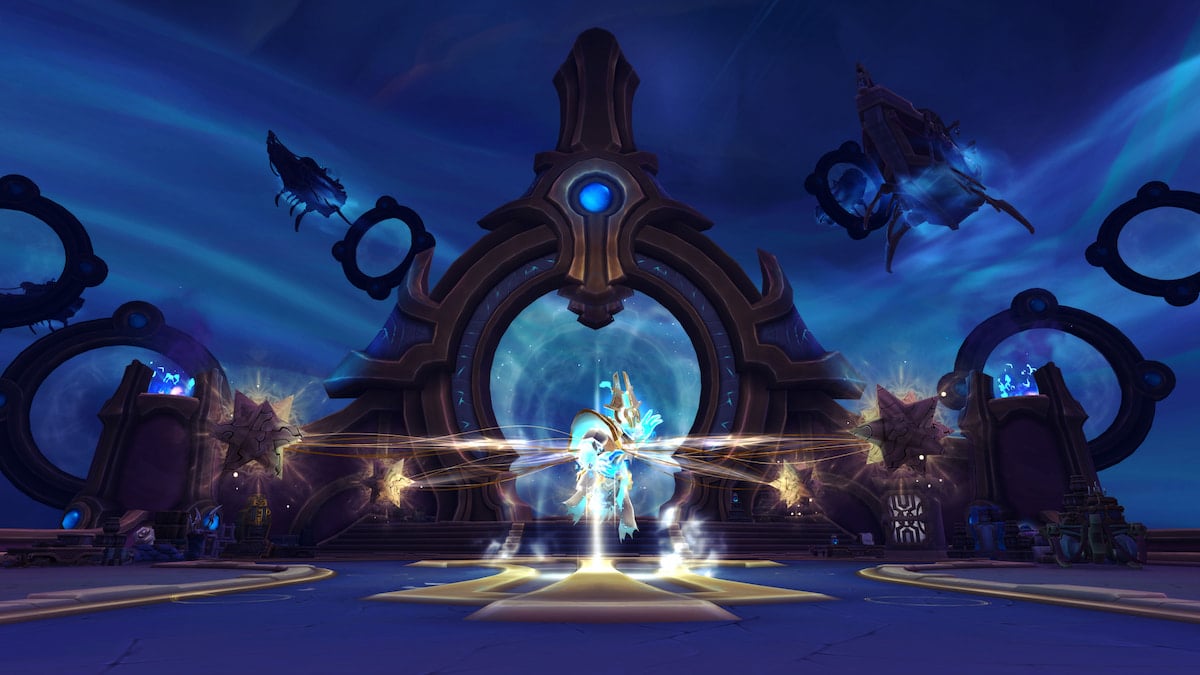 The spawn timer for the Fallen Charger is anywhere between an hour to six hours after it is defeated, or it makes it Korthia. You will know Fallen Charger has spawned when a notification announcement happens, and it reads, “An earsplitting whinny echoes across The Maw as the Fallen Charger begins its ride.” You will want to be in The Maw. When it does spawn, rush over to your Covenant’s assault area, and Fallen Charger will appear a short distance away.

This is the route the Fallen Charger will take to reach Korthia. There are two routes that it could take. When you open up your map, a small marker indicates the Fallen Charger’s location that you can use to intercept it if you’re not at the spawn location when it initially appears.

The Fallen Charger will go down one of these two routes. While you will be chasing it the entire time, you will have to also deal with multiple attacks from the creature, and it has the ability to summon other undead horsemen to chase down random players that are chasing it. These undead riders will crash into players, dealing an AoE attack against them. Because of Fallen Charger’s large amount of health, and powerful attacks, it’s highly encouraged you work together with other players to defeat it.

The Fallen Charger’s routes take roughly five minutes to complete, giving you that amount of time to defeat it before reaching Koritha.