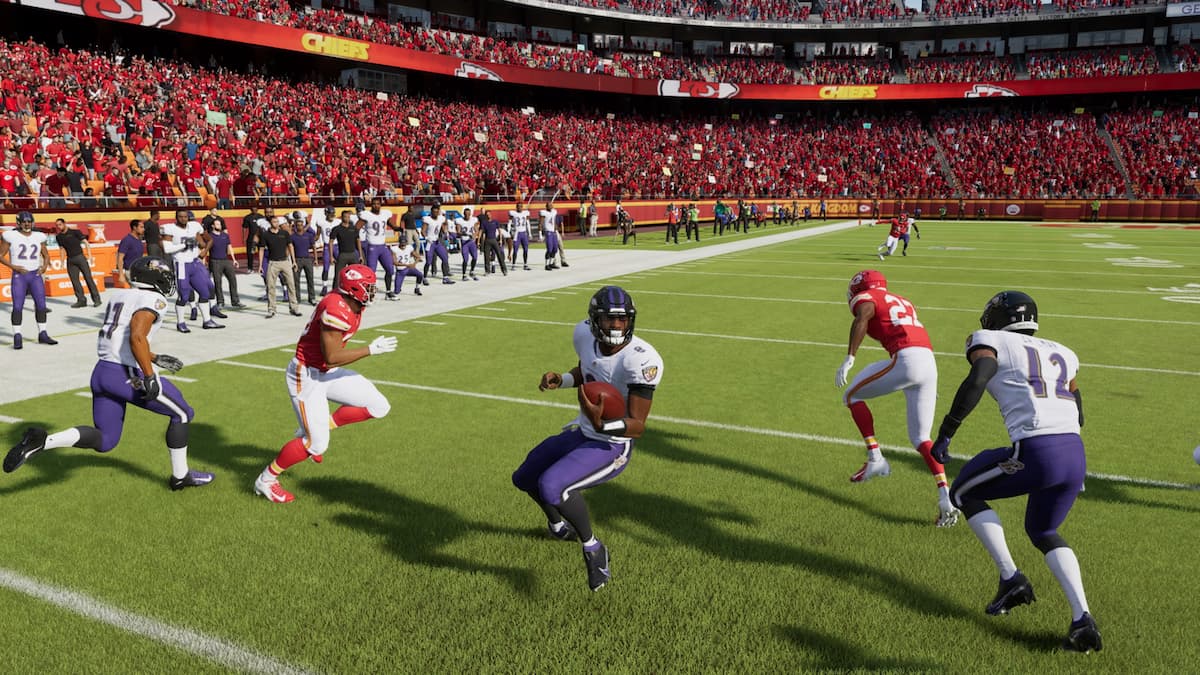 One of the most important stats in every year of Madden is speed. That’s no different in Madden 22, especially if you want to run with a mobile quarterback. Trying to get out of the pocket with someone like Tom Brady is only going to result in a bad time. Instead, you want players who can get up to max speed quickly and dash out of the pocket whether they’re escaping pressure or on a designed run play. Here are the ten fastest QBs in Madden 22 when you combine speed and acceleration:

As you’d probably expect, Lamar Jackson tops the list. He’s well known for being the best rushing quarterback in the NFL these days. Following behind him are some young guns in Kyler Murray and Justin Fields. Somewhat surprisingly, the 32-year-old Russell Wilson makes the list largely because of his elite acceleration. He may not have the top-end speed of other players, but when you’re escaping pressure, the ability to get up to speed quickly is incredibly important.

Outside of this top ten, there are a few names you might consider if you’re looking for a speedy QB. The Buffalo Bills Josh Allen just missed the list and possesses very solid stats in both categories. Deshaun Watson of the Houston Texans is another QB like Wilson who has elite acceleration and decent speed. Trevor Lawrence, Justin Herbet, and Zach Wilson are all young up-and-comers with solid speed stats that you could easily help develop even higher in Franchise mode.

If you want to use lots of designed QB runs, these are the players to do it with. They have that speed out of the pocket you need to pick up big chunks of yardage on the ground and the afterburners to leave the defense in the dust.