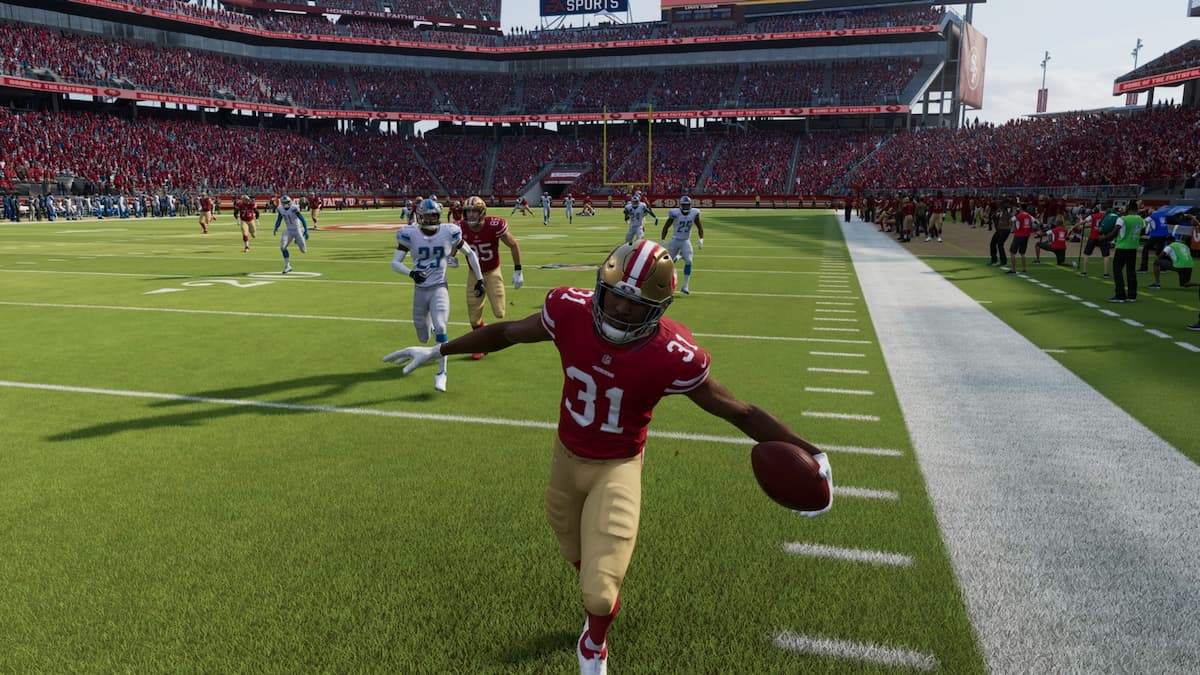 If you want to spring past your opposition in Madden 22, you’re going to need a running back with speed. Not only that, but you want a player with great acceleration so they can get up to top speed quickly. Fortunately, there are several players who fit that bill, though some stick out more than others. Below, we’ve collected the 11 fastest running backs in Madden 22 after accounting for both speed and acceleration.

Raheem Mostert has certainly separated himself from all of the other running backs in the NFL in terms of pure speed. His total score of 193 is the only running back to top 190 in combined speed and acceleration rankings. Behind him are several younger, low overall players who have yet to leave a major mark on the league. That said, they represent solid options if you need some speed. Then, we have players like Saquon Barkley and Christian McCaffrey who might not have the most speed, but certainly aren’t chumps, and bring several other tools to the table.

Behind this first tier of players are some names most NFL fans will recognize. Players like the Tennessee Titans’ Derrick Henry, Minnesota Vikings’ Dalvin Cook, and Cleveland Browns’ Nick Chubb are just out of the top 11. There are also some rookie options like Pooka Williams Jr. from the Cincinnati Bengals and Elijah Mitchell from the San Franciso 49ers who could develop into deadly speed options.

Regardless of who you go with, all of the players on this list are deadly out of the backfield on outside runs. While some of them don’t yet have what it takes to be a franchise back, they can beat the defense to corner for big chunks of yardage.