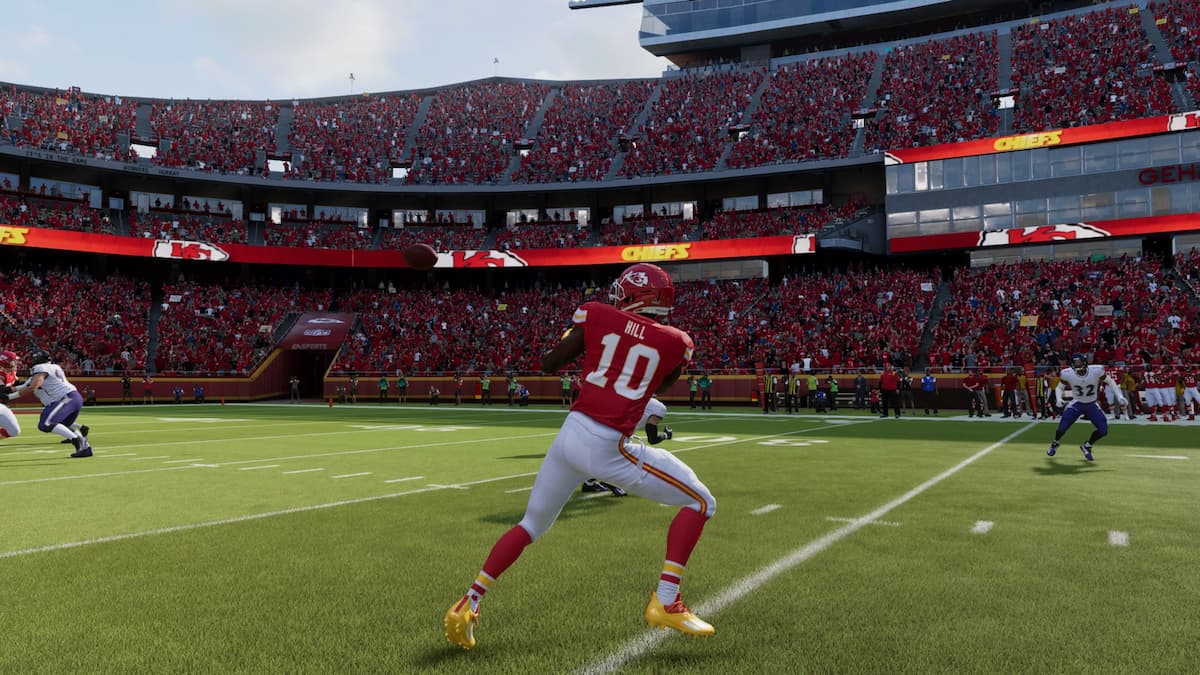 Wide receivers in Madden 22 need to be fast if they want to burn cornerbacks deep and put up eye-popping numbers. Sure, there’s something to be said for effective route runners with good hands, but speed kills. If you need some juice in your lineup, look no further than our list of the fastest wide receivers in Madden 22. We’ve combined both speed and acceleration ratings to give you a full picture of who has the most gas in their tank.

The wide receiver position group is, unsurprisingly, the fastest group in Madden 22. And, to no one’s surprise, Tyreek Hill stands atop that group as the only player with perfect 99 ratings in both speed and acceleration. Even in the fastest position, he is head and shoulders above everyone else. That doesn’t mean guys like Henry Ruggs or Jaylen Waddle aren’t great options, it just means that Hill is on a completely different level. That said, he’s only 5’9, which makes him a top-tier slot receiver, but not someone you want always on the outside when you get into the red zone.

In fact, many of the players listed above come in at 5’11 or shorter. That’s not tiny but compared to someone like D.K. Metcalf who stands at 6’3 they look your average joe. If you need size and speed consider someone like Metcalf, Dan Chisena from the Minnesota Vikings, or Robby Anderson of the Carolina Panthers. Really, there is no shortage of speed at the wideout position. It just depends on what type of player you’re looking for.

Use one of our suggestions to add top-end speed to your lineup. There are several options available, so you should have no problem finding your next burner.