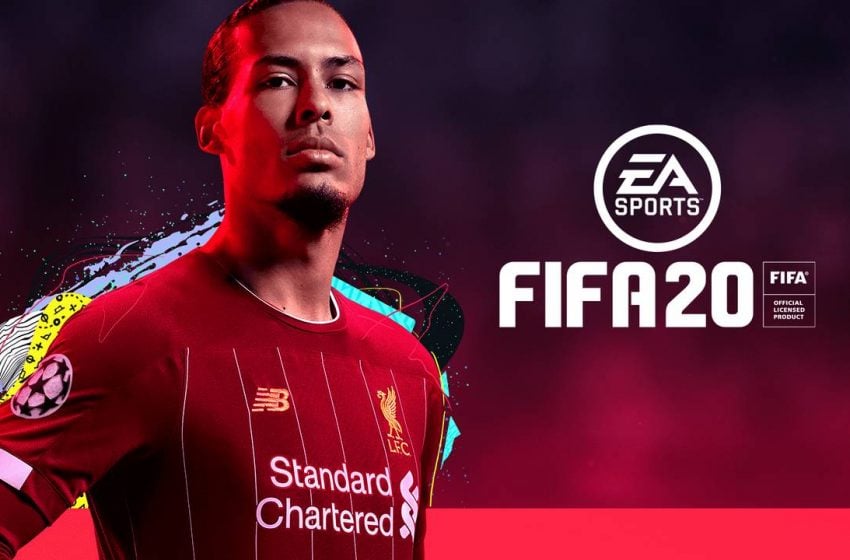 The other day I took a stab at predicting The Best Player For Each Position for EA’s upcoming release, FIFA 20. Outside of one entry that you could call a wildcard, I’m pretty sure that I nailed it and after the game is officially released I look forward to taking all the plaudits and praise that I will undoubtedly be showered with. Or the howls of derision and utter mockery that will be aimed my way because I got every single position wrong.

This got me thinking though, predicting the best players overall is a bit like shooting fish in a barrel, all you’ve got to do is, have a passing knowledge of the game and who are presently the world beaters and away you go, but could I do it with young players? That’s what this guide is for, to see if I can. A few rules before we start, all players will be judged on their potential and not where they are as of now, I will try to limit it to players 21, and under if at all possible, and any young player who made it into the previous article is null and void here.

FIFA 20: The Best Young Player For Each Position

Right out of the blocks, we have one of the more apparent inclusions on this list. The 20-year-old AC Milan shot-stopper can be one of the greatest goalkeepers ever to pull on a pair of gloves, as long as he doesn’t do a Balotelli and let it all go to his head. He’s had a few run-ins with Milan’s Ultra’s and, in all honesty, the sooner he’s out of that club and playing for a big team the better, but when you can count Buffon and Dino Zoff amongst your admirers, then the sky truly is the limit for the young Italian.

The correct answer here is, of course, Trent Alexander-Arnold. It’s always Trent Alexander-Arnold but having made the rule that any youngster that appeared in my other guide can’t appear here then I’ve had to look elsewhere. Which brings me to Aaron Wan-Bissaka. If he was still at Palace, then he wouldn’t even be in the discussion, but with a £50,000,000 move to Man united all done and dusted I doubt very much if his POT rating doesn’t reflect this.

It says a lot about the state of the modern game that Matthijs de Ligt’s agent, Mino Raiola, convinced him that he shouldn’t move to Barcelona but instead head for Juventus. The reason was that the Catalan’s had refused to pay him a whopping agent’s fee and the Italian’s were more than happy to stump up the blood money. Which is a shame as, at the time of writing, he’s only played one of their two games and didn’t cover himself in glory as The Old Lady shipped three goals against Napoli. This won’t take away from the fact he’ll be the highest potential Centre Back in the game, and you must pry him away from Juventus as soon as you can.

This one is so far out of left-field that I have to use a picture from FIFA 18 for him, but as I’m trying to keep this to players who fill their position naturally, then Theo Hernández is the man for the job. I could’ve gone with CB’s that can play on the left, or RB’s that do the same, but this Real Madrid prospect is sure to be at the top of any pure Left Backs with the high potential list you care to mention.

When you’re 19 years of age, and you’re already drawing comparisons with Andrea Pirlo, that can be a lot of pressure to place on a young man’s shoulders. With the way that Sandro Tonali holds himself on the pitch, you’d hardly know it. The Brescia CDM is already on his way to being a world-class player, and it won’t be long before the bigger clubs come sniffing around for his services. If not this coming January then you can expect him to be on the move after the 19/20 season.

Confession time. Before I played FIFA 19, I had no idea who Houssem Aouar was but having done so series scouting I ended up managing to grab him from Olympique Lyonnais at quite a bargain, thinking he’d sit in my Liverpool reserves or on the bench for a couple of seasons. By the end of his first year in the Premier League, he’d cemented his place in my starting line-up and hasn’t been out of the side since. This leads me to believe that he’ll easily be the youngest CM in FIFA 20 with the highest potential.

Pep Guardiola has gone on record stating that Phil Foden is the most exciting prospect that he’s ever worked with. Just let that sink in for a moment. The man who made Messi the greatest player in the world, EVER!, says that this 19-year-old lad can be even better. If that’s not reflected in his POT rating in FIFA 20, then there’s something wrong in EA headquarters.

What did you expect? The lad’s on the cover of the goddamn game.

At the tender age of 19, Vinícius Júnior is already looking to establish himself in the Real Madrid squad. He may not be one of the first names on the team sheet just yet, but it is only a matter of time before Zidane turns to him week in, week out. Last season he managed 21 appearances throughout the season and managed to bag himself a couple of goals in the process, so don’t be shocked when he becomes the breakout star that he’s destined to be over the next few seasons.

And finally, in another move that is as plain as the nose on your face, Kylian Mbappé is going to be the best young striker in the game. The fact of the matter is that PSG has been unbelievably stupid during this transfer window and should’ve binned Neymar back to Spain as soon as Madrid and Barca came sniffing around. The quicker they tie their flag to Kylian Mbappé’s mast and let him be the star they build the squad around then the better chance they have of winning the Champions League and to be taken seriously as a footballing threat, instead of a rich man’s plaything.