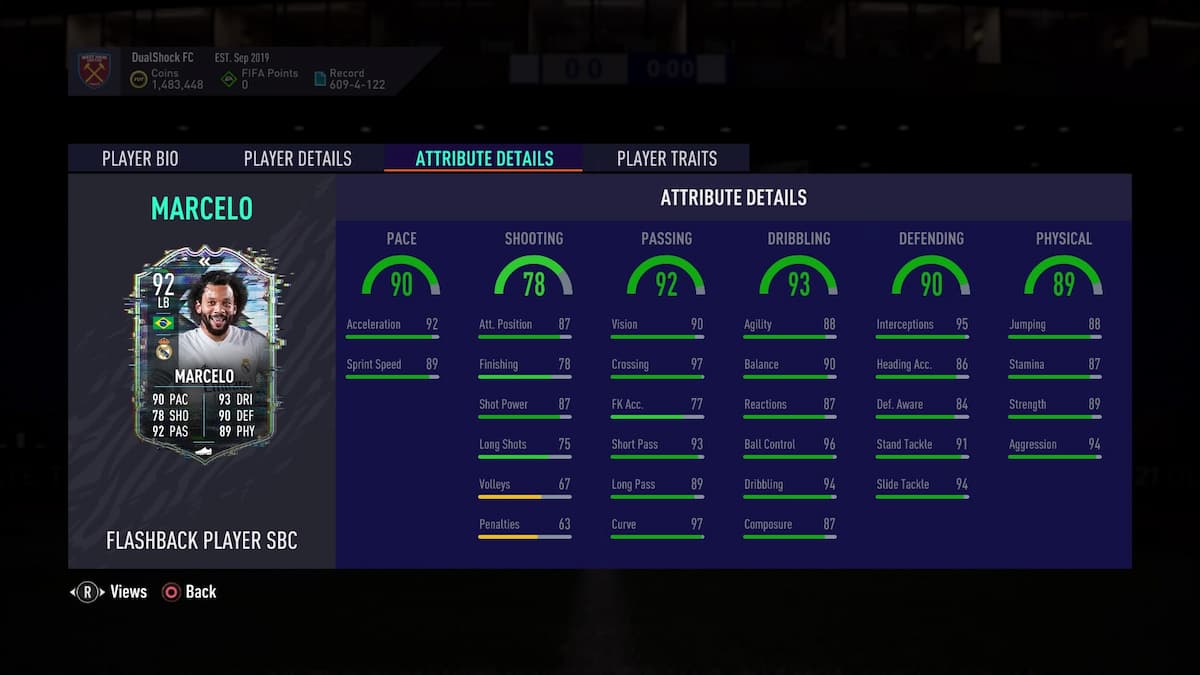 With La Liga Team of the Season hitting packs on May 7, EA Sports was sure to drop some great, new cards into FIFA 21 SBCs. The first of the batch came out on May 7, and it’s a Marcelo card flashing back to his form in FUT 17 TOTS. It is a mammoth of card at the left-back position and requires a dump truck full of coins to complete. Let’s take a look at everything you need to get this bad boy into your squad.

How to complete Flashback Marcelo SBC

To complete the Marcelo SBC, players will need to complete five different squads of 11 players each. The requirements for all five are below.

As mentioned above, this is a beast of player, but he’s coming in at just over 700,000 coins. Obviously, with all of the cheap fodder in the game during TOTS, you can finish him for much less. That said, it’s hard to say it’s worth it for a left-back. Of course, if you’re a Real Madrid fan, this is quite the player to add to your team. Below are some solutions to help you out if you decide to complete the SBC.

Card information via FUTBIN. This challenge expires on May 14.