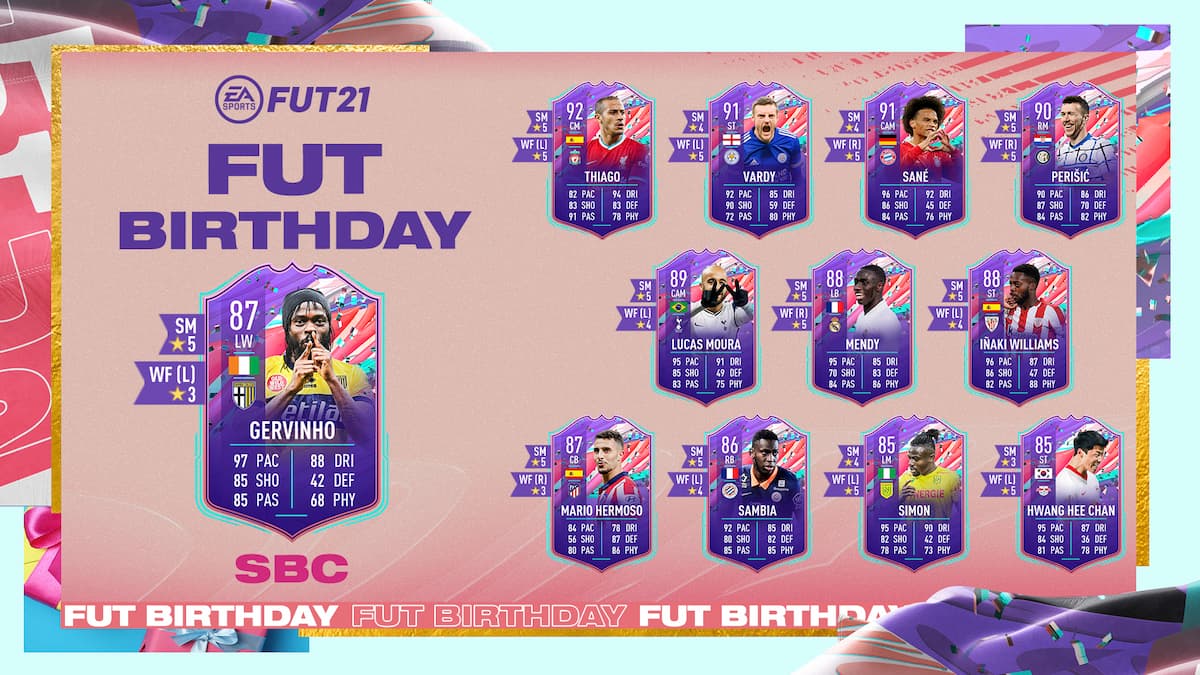 We’re almost finished with the first week of FUT Birthday, which means a second promo team is almost ready to hop into packs. But first, EA Sports has yet another player SBC that throws things back in time. They may have released it on April 1, but this is no April Fool’s joke. Instead, it’s a juiced version of everyone’s favorite Ivorian winger Gervinho. Here’s how to complete the FUT 15 throwback.

Unlike all of the FUT Birthday player SBCs we’ve seen over the past week, Gervinho only requires one squad to complete. That’s going to make him a bit cheaper than everything we’ve seen thus far, which is good news if your club is running dry of fodder. Here are the requirements for that single squad:

Gervinho’s FUT Birthday SBC is going to come in at right around 180,000 coins. That’s a higher asking price than we’d like for the card. Plus, if you did the Flashback El Shaarawy, this doesn’t really make much sense to do for Serie A squads. Of course, if Gervinho was your guy back in FUT 15, then he’s worth completing for nostalgia’s sake. Here is a solution to help you out:

Card information via FUTBIN. This challenge expires on April 8.