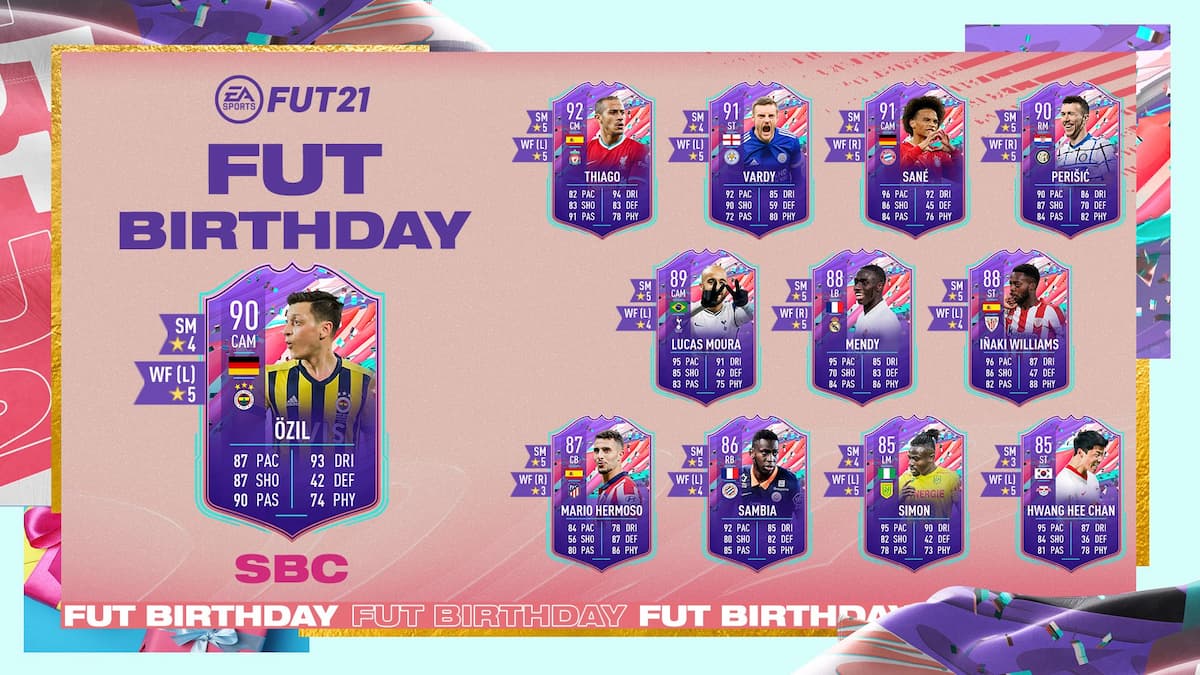 FIFA 21 started up its annual FUT Birthday promo on March 26 with a brand new team of players. EA Sports also announced at that time that they’d be dropping new player SBCs for 12 straight days to spice up the festivities. The March 28 SBC is none other than Mesut Ozil. The star German midfielder pulled the strings for many Ultimate Team squads back in FIFA 11, and his latest card is no different. Here’s how to get him into your club.

To put Ozil into your squad, you’ll need to complete two SBC segments. These both come with their set of unique requirements that you’ll need to keep in mind as you build your lineup.

The requirements for the two segments are as follows:

Mesut Ozil is coming in at just a hair under 150,000 coins. Obviously, he’s a bit awkward to link if you don’t have a German squad, but he’s a quality player. He also has a cheeky strong link to FUT Birthday Lukas Podoloski who is still available via SBC.

Card information via FUTBIN. This challenge is slated to expire on April 4.