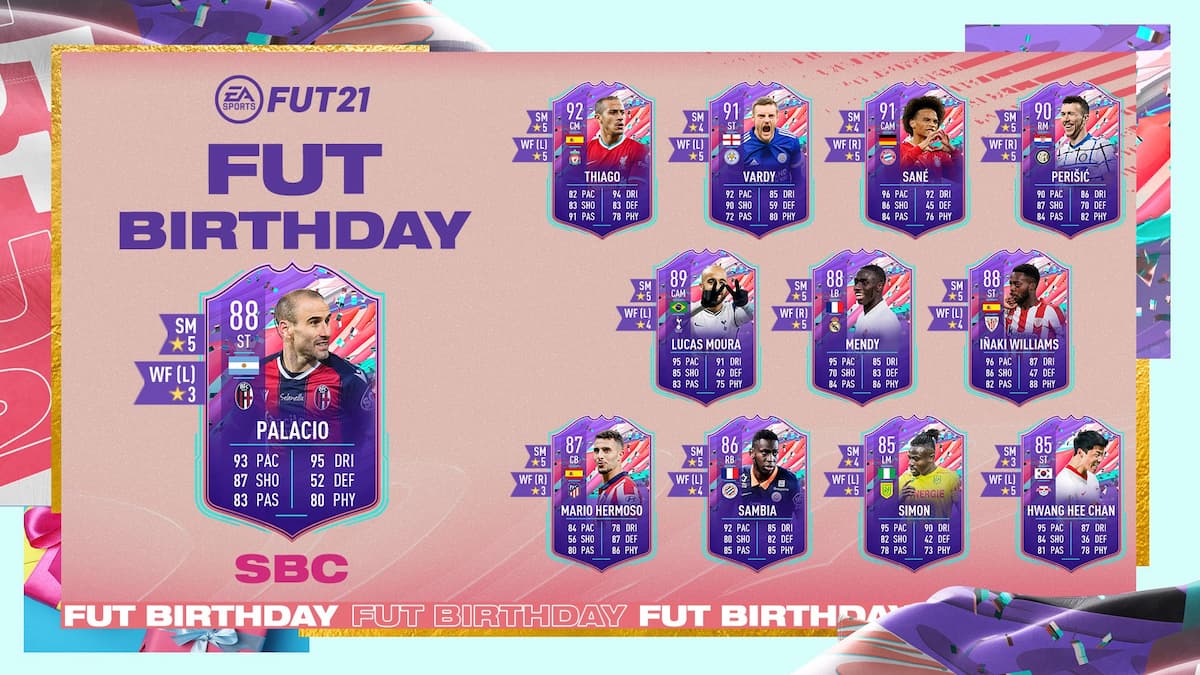 FUT Birthday kicked off in FIFA 21 on March 26. The event started with a brand new team in packs and promises of new player SBCs every day for 12 days to celebrate the popular game mode’s birthday. The second player was revealed on March 27, and it’s none other than the former Inter Milan striker Rodrigo Palacio. The 88-rated striker was known for his pace and haircut back in FIFA 10. So, how do you get the latest version of him in your club?

Getting Palacio in your club is as simple as completing two SBC segments. Each segment has its own unique requirements that you’ll need to manage as you build your lineup.

The requirements for the two segments are as follows:

Bringing Palacio into your club is going to run you around 200,000 coins. Considering his links to both Serie A and Argentina players, he’s definitely worth a look. Plus, he has those crucial five-star skill moves, making him a valuable player if you need a new striker or CAM.

Card information via FUTBIN. This challenge is slated to expire on April 3.