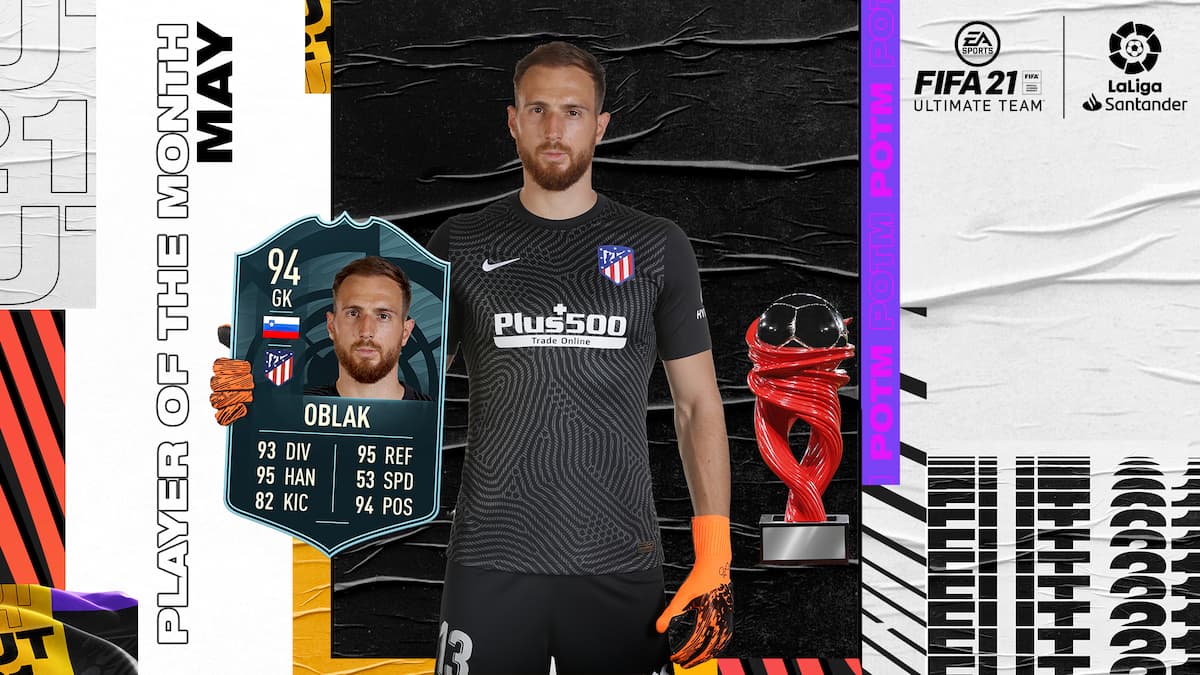 The 2020-21 LaLiga season is officially in the books, and this year’s campaign with Atletico Madrid taking home the championship. Atletico goalkeeper Jan Oblak was an integral part of Atletico’s run to the top, and in commemoration of his strong final month, the Slovenian was awarded with the final LaLiga Player of the Month award this season. A new 94 OVR player item of Oblak is now available via a SBC, and here’s how you can obtain it.

To complete this Squad Building Challenge, FIFA players will need to fill out two lineups of 11 players. Each has its own unique set of requirements.

The requirements for the two lineups are as follows:

As we’ve noted in the past, goalkeeper SBCs don’t cost a lot, and this one is no exception. Thanks to some pretty friendly requirements, expect to pay around 90,000-95,000 Coins for this challenge.

Card information via FUTBIN. This challenge will expire on June 25.