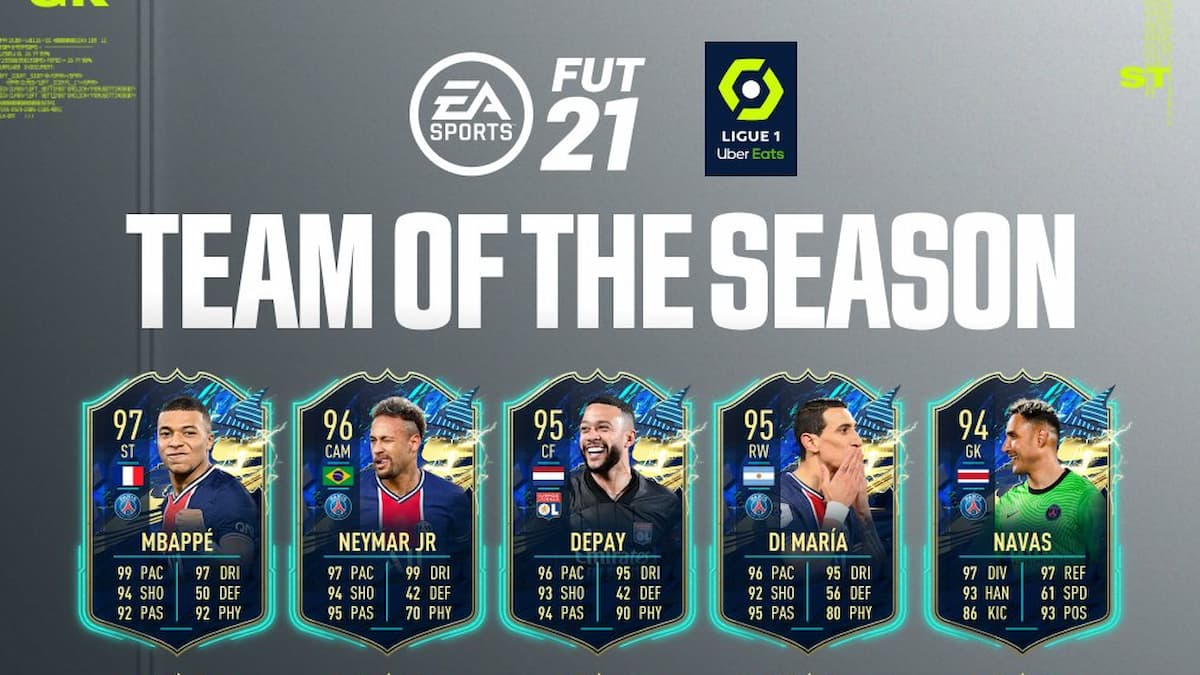 On May 28, EA Sports brought Ligue 1 Team of the Season into FIFA 21 — that means a new team of players in packs featuring stars like Kylian Mbappe and Neymar Jr. Additionally, EA Sports released another great player into SBCs. Houssem Aouar has had a solid season in the OL midfield, and he’s ready to do the same for player’s FIFA 21 clubs — as long as you’re willing to pay his price, of course. Let’s look at how to get the 93 OVR player into your lineup.

To complete Aouar’s Squad Building Challenge, players need to fill out two different lineups of 11 players each. Both lineups come with their own set of requirements you need to keep in mind while building your squads.

Here are the requirements for both lineups:

Currently, Aouar is currently sitting at right around 275,000 coins on the market depending on your platform of choice. That makes sense considering it’s both an excellent card and easily linkable. With an Anchor chemistry style, all six of his face stats are 90+. For us, this is solid value if he fits your squad. Here are some solutions to help you out:

Card information via FUTBIN. This challenge will expire on June 4.