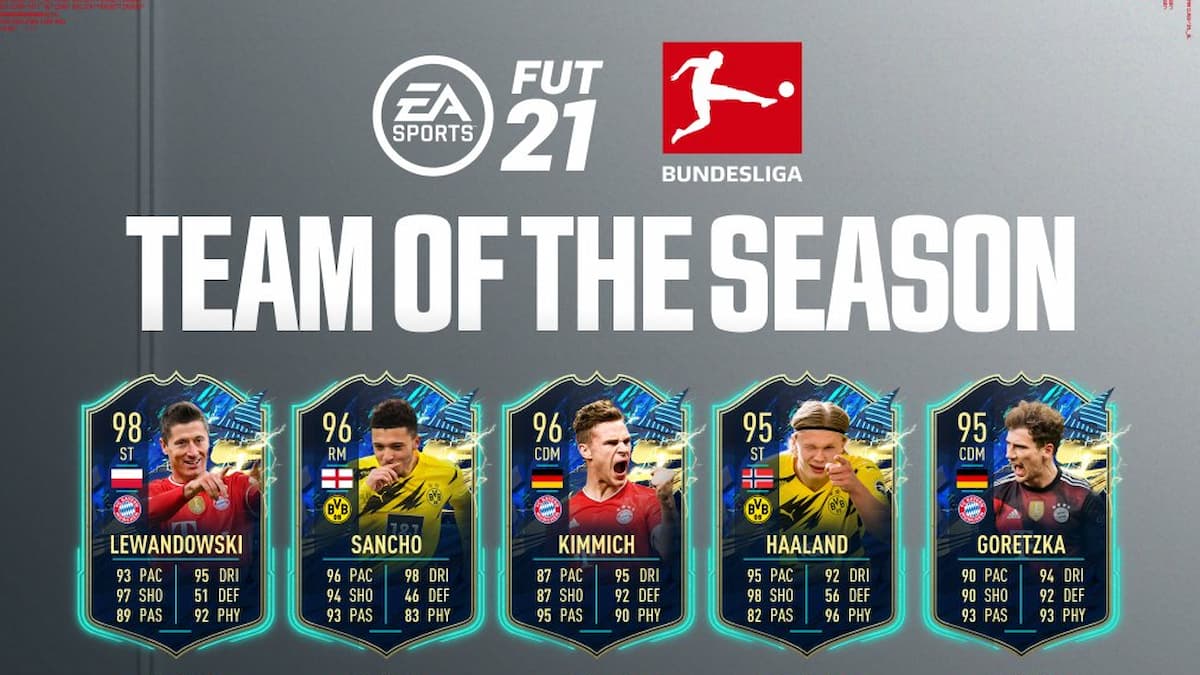 On May 18, EA Sports gave fans from Britain a card to drool over. U-23 phenom Jude Bellingham has quickly risen up the ranks over at Borussia Dortmund and the UK international is poised to be a fixture in the national team for years to come. With his new TOTS Moments SBC, Bellingham now has a 91 OVR centermid card that is absolutely filthy. If you want to get this card into your lineup, check out our guide below.

Bellingham’s TOTS Moment card isn’t cheap, coming in at just under 300,000 coins. However, for anyone rocking a Bundesliga or English squad, he’s one of the best box-to-box midfielders in the game. True, TOTS cards like Marcel Sabitzer are right there with him in stats at less than half the price; however, Bellingham lets you easily link the Bundesliga to the Premier League. That helps the valuation feel a bit more reasonable. Here are a few solutions to help you complete him.

Card information via FUTBIN. This challenge will expire on May 22.