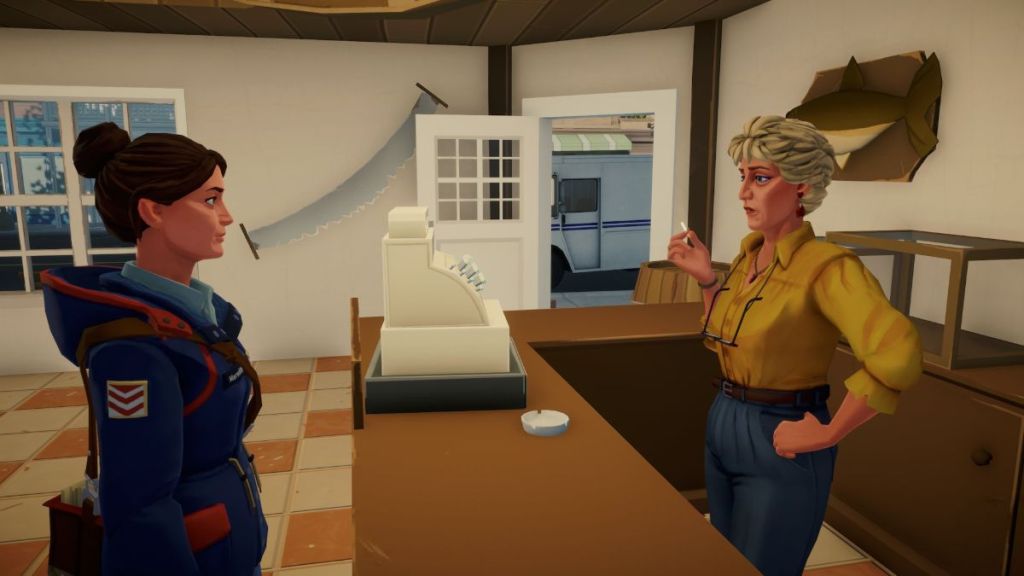 One of the first parcels you’ll deliver in Lake is one of the most confusing as the General Store’s address isn’t listed on the map. Rather than having to guess, we’ll explain which address and what type of box you’ll be giving to the shop owner. And we thought life as a mailperson would be easy.

On your first day on the job, you’ll be tasked with giving four or five different parcels around the small town. One of the first few deliveries on Main Street is the General Store. Drive and park next to the General Store. It’s hard to miss as it has a sign on it. It’s also next to a green-painted house. Now, get out of the van and walk to the back of it. Press the A button to open it up.

You’ll see a teddy bear and various packages to deliver. You may be confused about which package to deliver, and the game will let you know when you’ve made a mistake. However, the package you truly want to pick up is the 207 Main St box. Your character will say it’s an unexpectedly light box once you’ve grabbed it from the back.

Now, simply walk into the General Store and say hello to the clerk. She’ll welcome you back and say that her permanent stay was only meant to be temporary. If you talk to her again, she’ll complain that you’re not buying anything, so you should move on with your day and deliver the rest of your packages. A great way to tell each address is to look at the bottom left. It gives you a handy reference to the street name and the number of the building you are currently around.