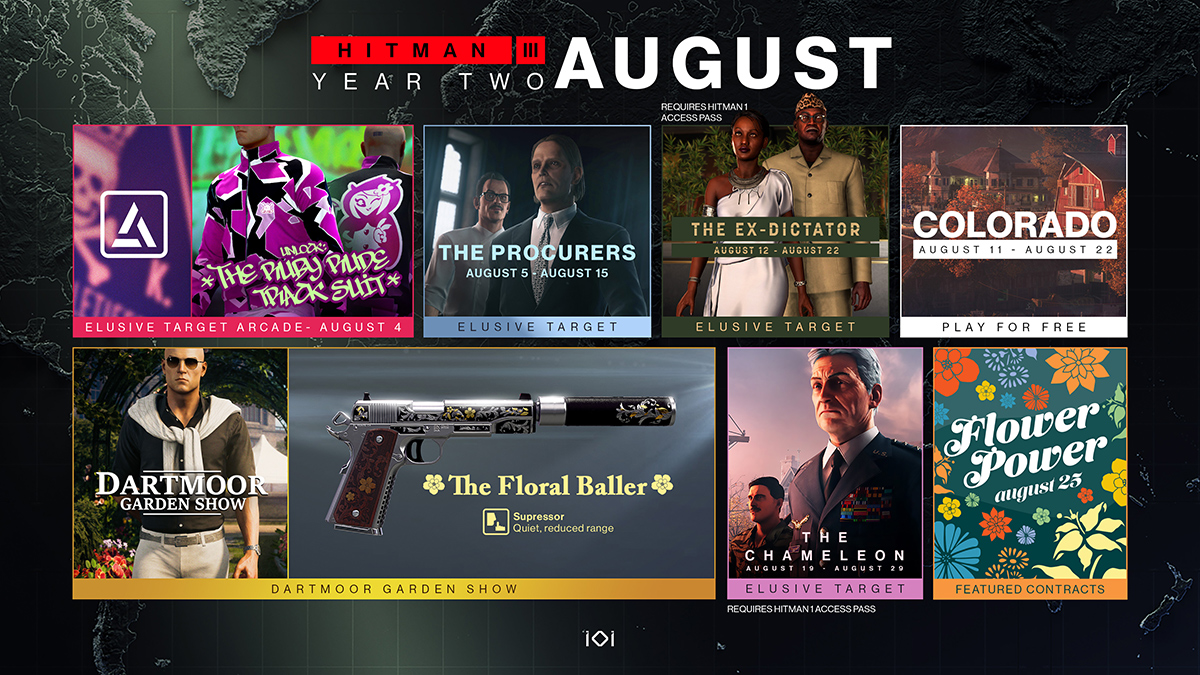 Hitman 3’s Year Two August roadmap is packed with content and changes that make the base game more interesting while twisting some of the formulas players know inside and out to make them more rewarding. This guide outlines everything in the roadmap, so you know what to expect in the game for the next month or so.

The first Elusive Target for the month is The Procurers, but it’s been updated for Year Two. You’ll have to track the pair of targets in Dartmoor and take them out, preferably without anyone noticing.

The first free-to-play location this month is Colorado from Hitman 1. This location is the toughest to master from that game and provides dozens of opportunities for sneaky assassinations. You’ll have eleven days to make the most of it during which an Elusive Target will pop by.

From August 11, all owners of Hitman 3 will be able to take on a new challenge in The Dartmoor Garden Show. This location is a bonus mission for the Dartmoor location that mixes things up and provides many more opportunities for creative kills. Complete the new challenge, and The Floral Baller will be yours forever.

The second Elusive Target for the month is The Ex-Dictator, updated for Year Two, of course. This mission tasks you with killing another set of targets without anyone discovering your motives. The location makes this particularly difficult, but it’s nothing you can’t master once you know Bangkok like a silent assassin.

The final updated Elusive Target for the month is The Chameleon. This target changes their appearance, so you’ll need to identify them through their habits and kill them without anyone seeing the hand behind the murder.

The final piece of content for Hitman 3 in August is a set of new Featured Contracts. These are all based on the theme of “flower power.” Expect a lot of missions where you have to do everything as the hippie.