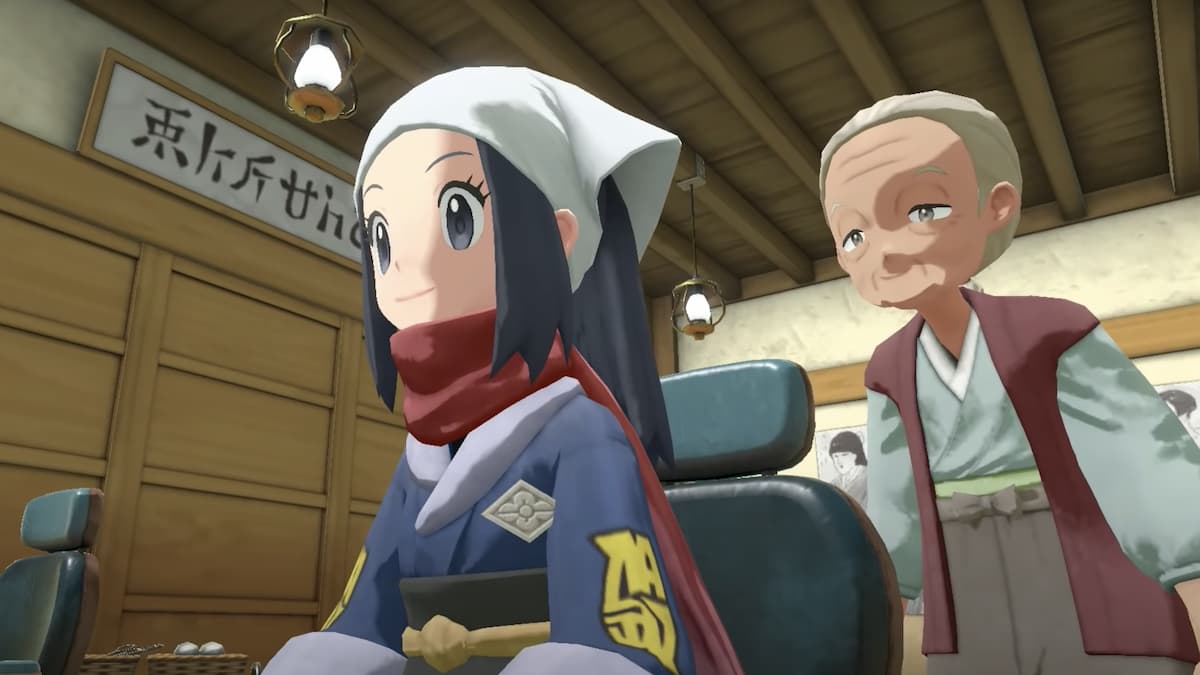 In the earliest days of the Pokémon video game franchise, Pokémon wasn’t exactly known for its character customization. But things have come a long way since the late 90s, and while you can’t precisely tweak the shape of your character’s nose, most recent Pokémon games have allowed the player some liberty in fashioning their character. The glaring omission in this trend is 2021’s Pokémon Brilliant Diamond and Shining Pearl, which only allowed a small number of full-outfit changes. So how will character customization work in Pokémon Legends: Arceus?

Initially, players will only get to choose whether their character is male or female, and they’ll subsequently be suited with a base outfit and base hairstyle. Whether or not skin color is a customizable feature is presently unknown.

Relatively early in Pokémon Legends: Arceus, you will be able to visit the clothier and the hairdresser. This setup is similar to the system in Pokémon Sword and Shield and Pokémon Sun and Moon. The clothier will allow you to purchase new clothes, which will be much more customizable than BDSP’s limited system. You will be able to mix and match from many different colors and styles of tops, bottoms, full-body outfits, shoes, hats, and glasses.

Pokémon Legends: Arceus will release exclusively for the Nintendo Switch on January 28, 2022.