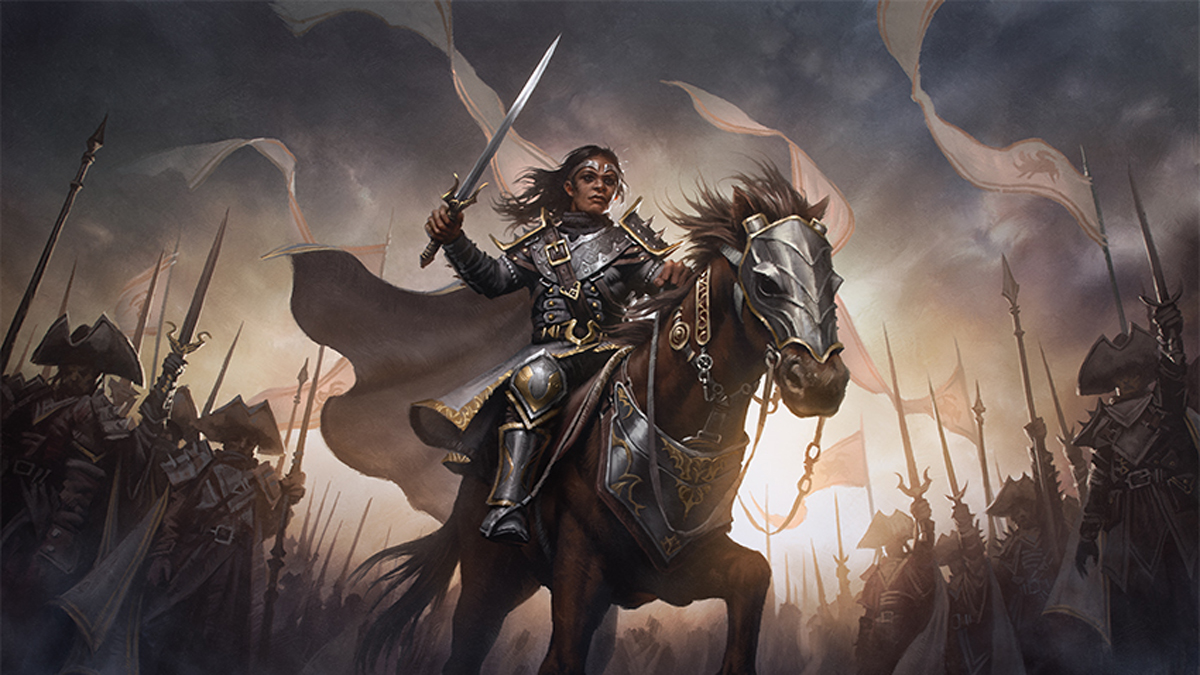 Innistrad is the latest card set to hit Magic: The Gathering and MTG Arena and it introduced some new mechanics including Daybound and Nightbound. The terms are a major part of the themed set revolving around werewolves and will come up quite often if you’re building a deck around lycanthropes. But what exactly do they mean and how are they used? Let’s unpack it all to help you craft a deck worthy of the night. Or day. Whatever you please.

What is Daybound and Nightbound?

Daybound and nightbound cards introduce a day and night cycle to Magic. Until one comes into play, the game is neither. Think of it as a neutral setting. In order to switch the setting to day or night, daybound or nightbound cards must be played. If a daybound card is played it becomes day but specific requirements need to be met in order to make it night. Cards with the ability may even be double-faced and will flip to the corresponding side depending on if it is night or day. But what is a double-faced card?

Double-faced cards don’t have the typical card backing. Instead, the back is a different creature with new abilities and card text. No matter if it’s day or night, you will pay the face-up mana cost of the card. It enters the battlefield on its daybound side if it is day and nightbound side if it is night.

There are other cards with text that may say when it enters the battlefield make it day or vice versa. Switching from one to the other may also trigger a card’s ability. It all just depends on what the card text says.

In order to make it day for the first time, a permanent card with daybound must appear on the battlefield. Once it is day, it must become night in order to switch back. If a card with the nightbound ability is on the field and a player casts at least two spells during their turn, it becomes day the next turn.

It shifts to night when a card’s text reads, “if a player casts no spells during their own turn, it becomes night next turn.”

If a creature with daybound and one with nightbound appear on the battlefield at the same time and it is neither day nor night, it becomes day. When in doubt it always becomes day first.