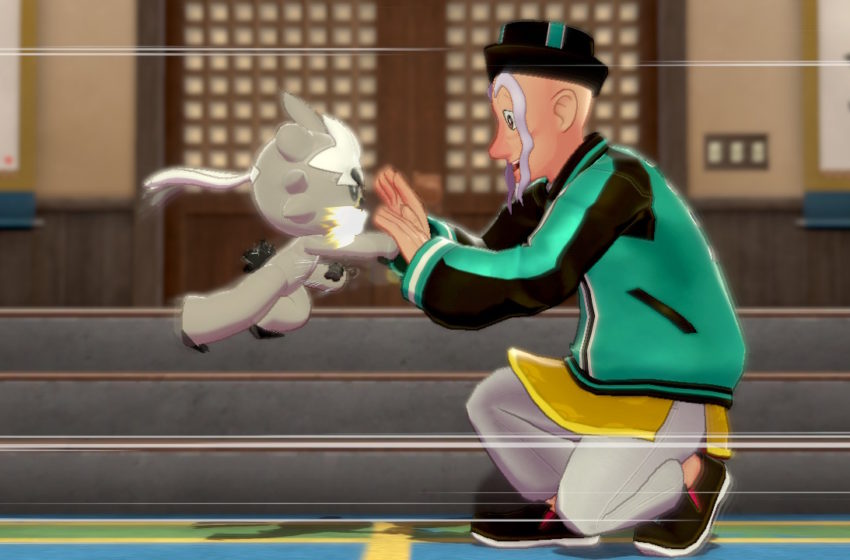 Take your Pokémon out for a stroll in Pokémon Sword and Shield‘s expansion pack, The Isle of Armor. You will be able to do this by naturally progressing through the story and completing the quests given to you by Mustard, the Master Dojo leader. He will continually give you trials to complete until you unlock Kubfu, the new legendary Pokémon that every player receives with the expansion.

Everyone unlocks Kubfu after defeating their respective rival, Klara and Avery. The one you have depends on if you are playing Pokémon Sword or Shield, respectively. Mustard gives you the Pokémon after you talk to him about your victory, and he suggests for the two of you to form a bond together and strengthen it by having Kubfu follow you outside of its Poké Ball.

After Mustard suggests that you do this, you will be able to have any of your Pokémon follow you while on the Isle of Armor. To make sure you have the Pokémon you want following you, place them in the first slot in your six Pokémon roster, and they will show up behind you.

Players have reported there is sometimes a bug with this feature and have been able to fix it by returning to the Master Dojo and speaking to the child in the Pikachu outfit inside the building. You can find them on the left side, in the lower portion of the kitchen.

Do Pokémon follow you off the Isle of Armor?

You can only have your Pokémon companions following you while wandering around the Isle of Armor. After you leave the island and return to the Galar mainland, the feature does not come with you. This feature might change in the future, though.