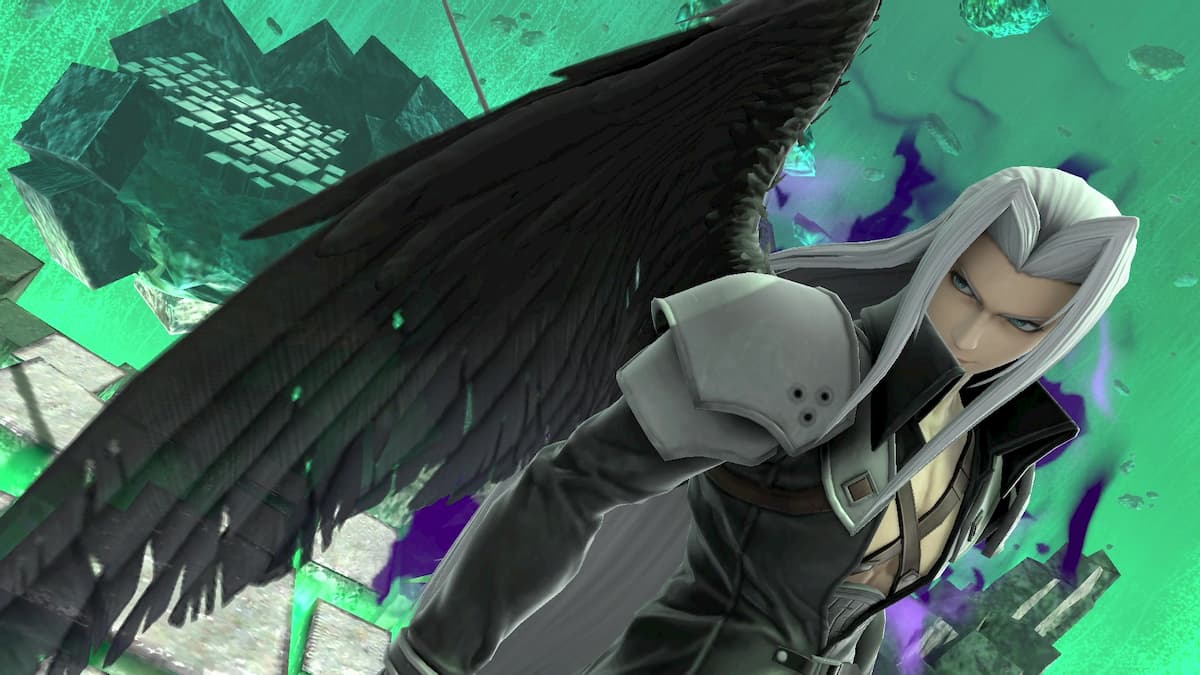 Sephiroth has descended into Super Smash Bros. Ultimate, bringing his Masamune blade and abilities to the game. Of these abilities, his unique Winged Form might have you questioning why it seems to randomly appear in the middle of the battle and then disappear later. With Sephiroth’s angel wing, players get a bunch of bonuses and can take over a match. Here is how you get it and what it means.

Sephiroth will sprout his Winged Form when he has taken enough damage in a single life. You will notice a single blackened wing, and your speed and strength will get a boost while you have it. During this time, Sephiroth will also have an extra jump, giving him a triple jump from the ground and a double jump if launched into the air by an opponent. To further help him during this time, all smash attacks he uses will have super armor, further supporting his lethality.

Sephiroth will keep his Winged Form until he is knocked off the screen. Players may think that with so many nice boosts, they will try to continually gain this form. However, the state of the battle will largely dictate when he can get his wing and his boosts. When Sephiroth has an advantage in the match, his wing will not activate until he takes more damage. If the tables are turned, and he is losing, it will not take as much to get his wing.

While playing with Sephiroth, we noticed when the match is tied, Winged Form seemed to activate around 75 to 80% damage or so. When losing by two stock, it started close to 50%. In contrast, when winning by two lives, it activated at 100% damage. The larger the difference between Sephiroth and his opponent, the bigger disparity in when his Winged Form will take flight.