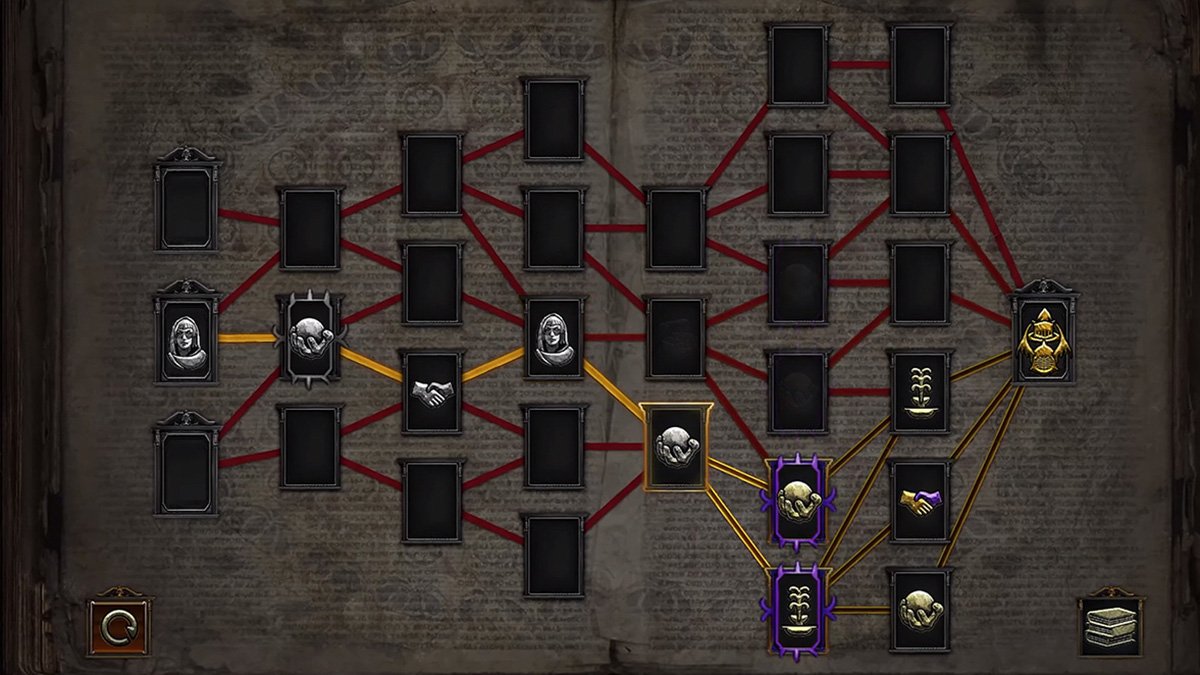 As has become a tradition for Path of Exile, a new Challenge League brings with it a host of different changes to all aspects of the game, as well as an entirely new mechanic that the league revolves around. Aptly for a league called The Forbidden Sanctum, the new mechanic revolves around exploring an abandoned old Templar Sanctum that was previously hidden beneath Fellshrine Ruins. With an evil awakening within the Sanctum, it will be up to the players to explore it, vanquish its bosses and carry out as much loot as they can. To prepare you for that, we have put together this guide in anticipation of the new league, explaining how the Sanctum mechanic will work in Path of Exile: The Forbidden Sanctum.

Related: What is Ruthless mode in Path of Exile? Answered

How does the Sanctum work in Path of Exile?

The Sanctum mechanic represents Path of Exile’s way of implementing roguelike progression within a league. Upon entering the Sanctum, you will find that there are only a few rooms revealed to you with only vague hints on what they contain. It is up to you which room you want to dare enter, but making mistakes will be a drain on your Resolve.

Resolve is a new Sanctum-specific attribute that determines how long you can stay in the Sanctum before having to pull out. With every new delve through the rooms, you will be able to push a little bit further than before. Scattered throughout the Sanctum, you will find ways to replenish your Resolve, but otherwise, you’ll have to do it while playing the game’s regular content.

Along with enemies and loot, the rooms inside the Sanctum can contain ancient fountains. These can provide boons or restore a little bit of your Resolve. However, they can also give you stacking afflictions, which can severely hinder your progression through the Sanctum. This will make you weigh the decision to drink from the fountain the deeper you go, as the chance of boon or bust mounts up. Furthermore, the layout of the Sanctum will change, so you won’t be able to ‘save’ a future room for later.

While exploring the Sanctum, you will sometimes find special gold coins called Aureus. This is an ancient Templar currency that you can loot from fallen monsters. Make note that you won’t be able to take these coins out of the Sanctum with you, so you will have to spend them during your current run. However, you will be able to encounter special Merchants within the Sanctum, who will accept the Aureus coins in exchange for boons to help you along the way.

Another feature that you might encounter as you venture deeper through the Sanctum is the Accursed Pact. These red globes will present you with a difficult choice. Usually taking the form of Resolve penalties, you can trade that for a bonus in a sort of a Devil’s gamble. You will be presented with three choices, each with a different cost and reward, but you can opt not to take any of them and keep going without them.

Some rooms within the Sanctum will offer you a choice of rewards. Usually numbering three, they will offer you a small but immediate reward, a middling reward if you manage to complete the current floor, or a rich reward if you manage to complete the whole Sanctum. The difficulty of choice is deciding how far you believe that you can reach and choosing accordingly.

Similarly, you might encounter special altars upon which you can place Templar Relics that you find. These relics will not only boost your performance in the Sanctum but will also persist between runs, making future Sanctum progression easier. Furthermore, there are also Sanctified Relics, which are special in that they will boost your character even beyond the Sanctum, meaning they will give you bonuses during regular Path of Exile gameplay as well.

Last but not least, the Sanctum is a dangerous place and as such features a variety of bosses, minibosses, floor bosses, and lastly, the Entity at the end of the Sanctum. All of them can drop valuable loot if you can defeat them, ranging from Relics and Aureus coins to the more usual experience, items, new Uniques, currency, and more.

The Forbidden Sanctum Challenge League for Path of Exile starts on December 9 for PC players, and on December 14 for console players.