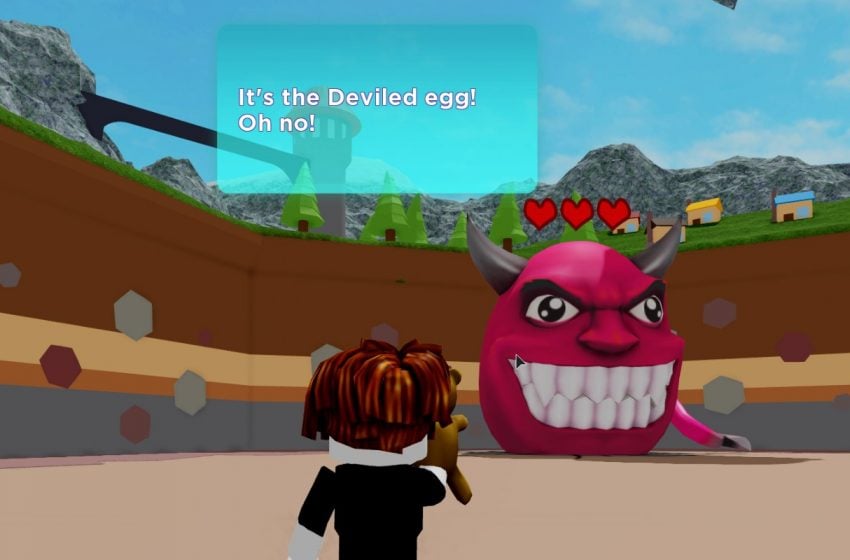 The Roblox Egg Hunt is upon us, which means there are dozens of eggs to find in the game. To get the Brainfreeze Egg, you will need to play a game called Break In.

At the start of the game, you will load into a lobby and will need to choose to be either a kid or an adult. If you pick a kid, it’s a little easier than being an adult. Jump in one of the moving trucks, then wait for the game to load properly.

Up next, you need to survive the next couple of days and nights. Search the house for food and eat it to get more energy, then a pizza will be delivered when the game tells you to sit at the table. Eat some pizza, then get ready to watch TV in the sitting room.

Broadcast on the TV will tell you that the Purge has begun, and criminals are invading Roblox games. Head upstairs and jump in bed, but be prepared to run around the room. If criminals break in, they will try to hit you, and you need to run and jump to dodge them.

If they hit you, you lose some energy, so avoid them as best you can. When that is over, you will need to use planks that you can find on the ground to reinforce the doors and windows for the second night. Reinforce as much as you can, then prepare to go through another attack. Just pick up the boards, runs to a window, click on the board, then click on the window a few times to reinforce it.

Now, there will be some pizza offered to you. There are only three slices, so three random players at the table will get one, and the energy it gives. Head upstairs, and more criminals will arrive. Survive the night, and you get to go through the egg portal.

Now there is a boss fight, and you need to fight the Deviled Egg. The first step is about dodging bombs. The explosions are quite large, so keep at a safe distance. Dotted lines will show where the explosions will be, so steer clear of them.

When they stop, you can run in and hit him, and he will lose a heart. Up next, platforms will form. Climb to the top of the highest platform, because lava is about to flow into the arena. The only safe platforms are the tallest ones, so make sure you get high enough.

When the lava is gone, run in and hit him one more time, then prepare for his final attack. He will spin around the arena, so dodge him until he stops moving, then hit him one last time to finish the fight.

When you land the last blow, you will get your Brainfreeze Egg.

What happens to The Elder Scrolls Online on PS4 following the Microsoft acquisition?