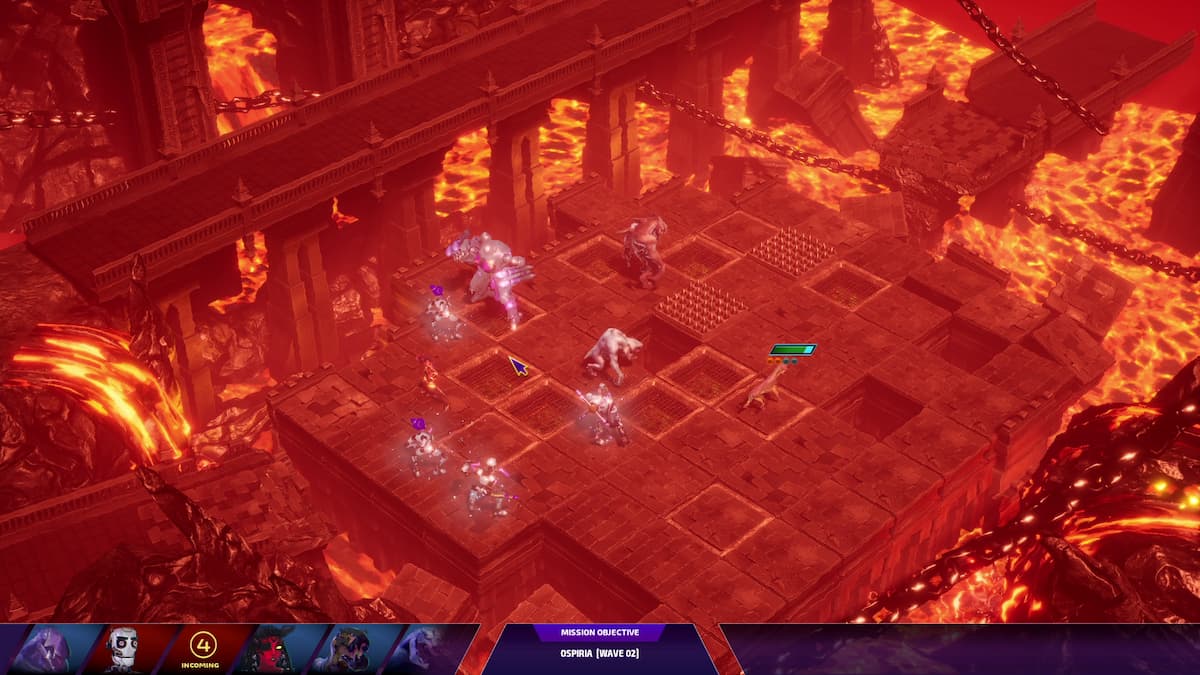 The tactical gameplay sections in Subverse are fairly simple for grid tactics games, but it offers surprising depth for a game that is part of an adult adventure. It’s not quite XCOM, but it will take some strategy to ensure that you earn a gold medal at the end of each mission, giving you maximum experience points and improving your Devotion level with your crewmates.

When entering a new mission, the game will offer you the choice of all of your unlocked crewmates to use as a commander. Each one will typically have a specialty in ranged or melee attacks and have access to one offensive ability, along with one support ability that either gives your team buffs or the enemies debuffs.

Along with a battle commander, you will get the choice of a variety of manticore to join you for the mission, they being monstrous creatures made from the genetics of multiple lifeforms. They each have only one ability compared to the commander but also have access to an ultimate ability.

At the beginning of a ground combat mission, after picking your team, you will see the grid of the battlefield and the spaces with which to place your units. Once all placed, the enemies will then spawn in on the grid.

The order of attack is based on character stats. It is not the same as your typical tactics games, where one team will use their actions and then the other follows. The order of attacks is indicated by the bar at the bottom left of the screen with the character portraits.

Your objective is to beat the opposition waves, and you can move your team around the grid to take them out using the abilities of your manticores and commander. Your manticores can be killed on the field without losing the mission, but if your commander perishes, it’s game over.

Objects on the field can help to put some distance between you and the enemy team but are less important as a tactical vantage point.

Enemies have three health gauges. Health is indicated by a green bar, armor is shown by a grey bar, while an energy shield is in blue, with the latter two acting as extra to the standard health. Your team members blast different types of damage, with energy damage best for taking on armor, and physical attacks blasting through energy shields. Hitting similar types of enemies will cause reduced damage.

To attack with the current character in-play, use E to move on the available spaces and get within range for an attack. Q is the usual attack hotkey, but hovering over the icons in the bottom right will tell you what each option does. The other abilities include shielding yourself to take reduced damage and to simply pass on your turn.

Attacking in melee range will allow the enemy to counter-attack with 50% of their base damage if they survive your attack, and this also works the same with the roles reversed. Ultimate attacks can’t be countered, and you can only counter once per round.

Ultimate abilities can be used after they have been powered up, indicated by the gauge below each character’s health bar, and they can be raised by attacking or being attacked. Once your Ultimate ability ready, it can be used with the 1 or 2 key, with the abilities shown in the middle and the descriptions to the right. This is also where the mission objective is.

You can also check out what abilities any of the enemies on the battle grid have by right-clicking on them. You will be presented with a graphic giving all of their stats, including details about their current health.

Some of these abilities will include areas of effect or delayed attacks, such as the first boss Tibold’s mines that set off at the end of each round.

That is all there is you need to know about ground combat. More manticores and commanders can be unlocked as the game goes on with different stats and abilities, and smart tactics to keep your team alive will offer you a better score at the end, in the form of a medal, to gain more XP and Devotion.