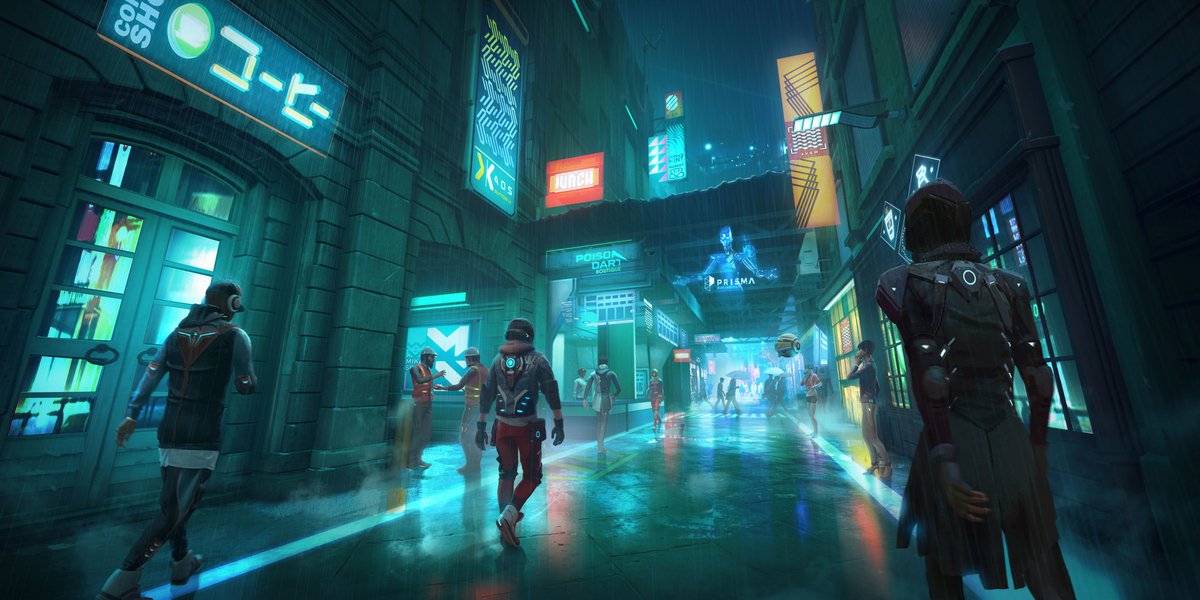 Before Ubisoft’s first gameplay presentation of Hyper Scape, most of the games industry believed there was enough quality battle royales to flood the market. However, the game is suddenly looking like it could pull the rug from under the likes of Fortnite, Call of Duty: Warzone, and Apex Legends. The reason: its creativity, in terms of gameplay and setting, wildly differs from all the rest. So much so, don’t be shocked if the game steals pieces of all of the others’ fan bases.

The first element that awed gamers is the meta idea of placing Hyper Scape‘s setting in a digital world inside another. Because of this, there is no longer a bubble of gas closing in on battle royale players. Instead, the game substitutes it for a fictional glitch, which breaks down and wipes away cities from the world. If caught in those withering away sectors, players will receive immense damage over time and may face elimination if they don’t escape fast enough. To note, the entirety of the map is a metropolis, so don’t expect gaping differences from region to region.

Because of this digital theme, Hyper Scape is brave enough to allow “hacks,” but don’t stress, it’s nothing that will form an unfair advantage. Rather, they are a sort of power-up for your guns and character. For instance, one of these hacks is your gun being able to upgrade through finding duplicates of what you are already carrying. This can expand your ammo capacity or even increase the weapon’s damage. Another type of hack is in the vein of special abilities. They take the shape of a glowing box on the terrain, that you can equip to become a defensive or offensive juggernaut, which enables such things like invisibility or a digital brick wall in front of you.

The main objective is partially the same from others. Yes, per usual, you can be the last surviving. Or you can discover the rare hidden crown, placed in an unknown part of the world, and hold it long enough to collect the win. Movement will be the key when testing your ability to hold the crown. To benefit, unlike other titles, yellow-lit spots are spread out along the terrain that will catapult you up onto buildings, for those who want to race along rooftops to evade enemies.

To partake in all of these contrasting features, Hyper Scape is currently available for “technical testing” through Uplay, for PC players, and is rumored to be available to all within the next few weeks.