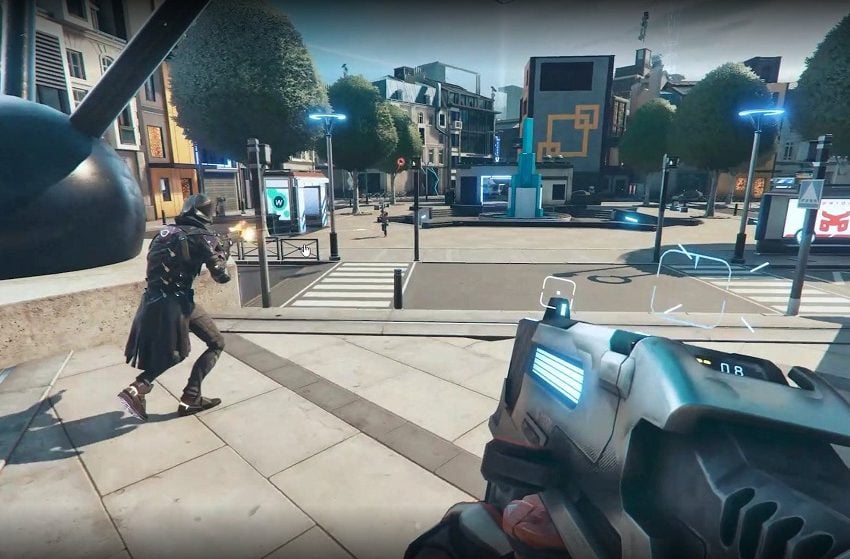 The weapons in Hyper Scape have different levels attached to them. When you first pick up a weapon while running around, chances are it’s going to be a level one weapon, and it will do some fairly basic damage against your opponents. However, you can make them even more powerful, and the stronger weapons make it easier to take out any opponent you encounter in the game. You need to level up your guns, and the only way you can do is by fighting similar weapons while running around the game.

You level up guns by fusing them when you find another. You need to find another sniper rifle in Hyper Scape to level it up while you have a sniper rifle. It improves the weapon, enabling it to deal more damage than its first level. You can level up the weapon several times, making it easier to fight players throughout your game. You can hold two primary weapons on your character, meaning you need to worry about leveling both of your guns while you survive in Hyper Scape.

Make sure to try out various weapons while running around Hyper Scape. You might find a particular fit well with you, such as a sniper rifle with an assault rifle, or one of the larger, heavier choices. The sniper rifle at a maximum level is a certainly highly sought after weapon because, at the max level, a sniper can bring down people at full health with one hit.