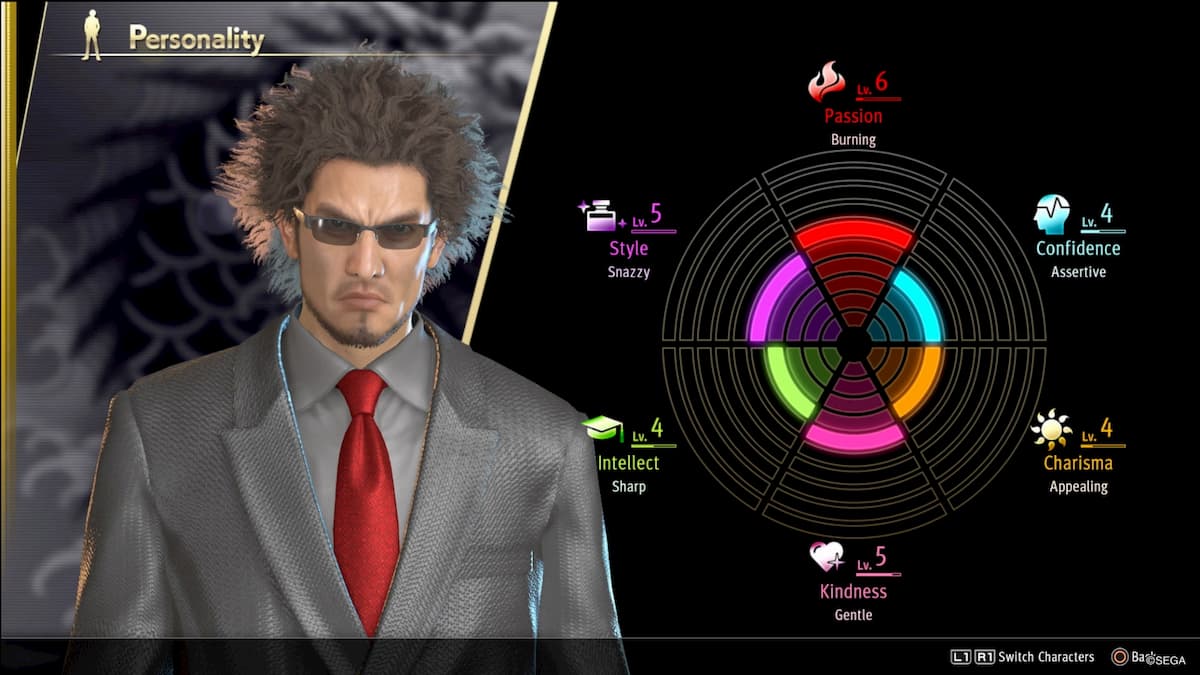 The main character in Yakuza: Like a Dargon is Ichiban Kasuga, and he’s the character you’ll be controlling throughout the adventure. While he has various party members joining him, he is the one who makes all the decisions, and the type of personality he develops depends on the dialogue options you choose and the activities you do. Here are all of Kasuga’s personality, how to increase them, and how they benefit you.

Kasuga is a passionate individual. He wants to do plenty of good, and he has the drive to help those who need it. The more passionate and driven Kasuga is during his conversations, the more this option increases. It’s a good way to build relationships with certain individuals. During the battle, having a higher passion reduces the chance of him being silenced.

Kasuga’s confidence goes up the more he is sure about himself and those around him. He doesn’t have to be correct, but knowing he’s doing the right thing is important, and having higher confidence lowers the chance of him falling asleep during combat.

Kasuga is the leader of your party, and he meets a variety of characters who assist him during his journey. These characters do not follow him out of personal glory. He has a unique charisma to him, giving him access to particular people he can talk to in the game and access new quests and items to purchase.

Kasuga has a golden heart, and it weighs heavily on him. There’s a balance of being the menacing individual for those who deserve it and helping who are being taken advantage of. During combat, having a higher kindness prevents Kasuga from becoming enraged.

Kasuga does not start as the sharpest tool. He’s a little rough, and he’s extremely passionate. But he cares about people, and if he puts his mind to it, he can study and learn about the world around him. As Kasuga raises his intellect, it’s harder for him to be brainwashed by enemy attacks.

Kasuga wears the same purple that he had when he went to prison and when he left it. He has a lot to learn about the world, and as his style increases, he has less of a chance to be charmed by an opponent in combat, preventing him from attacking them.

How to increase Kasuga’s personality

Throughout the campaign and side quests, you have the chance to increase Kasuga’s personality based on the dialogue options you choose. Some of Kasuga’s actions will increase any of the six selections. But there are more direct ways you can increase them.

You can visit the movie theater with someone or by yourself, completing the mini-game to keep Kasuga awake during them to increase one of his chosen personality traits. Watching these movies does not cost too much money. The more expensive route is to visit the Ounabara Vocational School and completing the various exams. These exams cost many yen, but they dramatically increase Kasuga’s traits and usually do two per test. There are various activities you can do all over the city, many of them unlocking as you progress through the story.