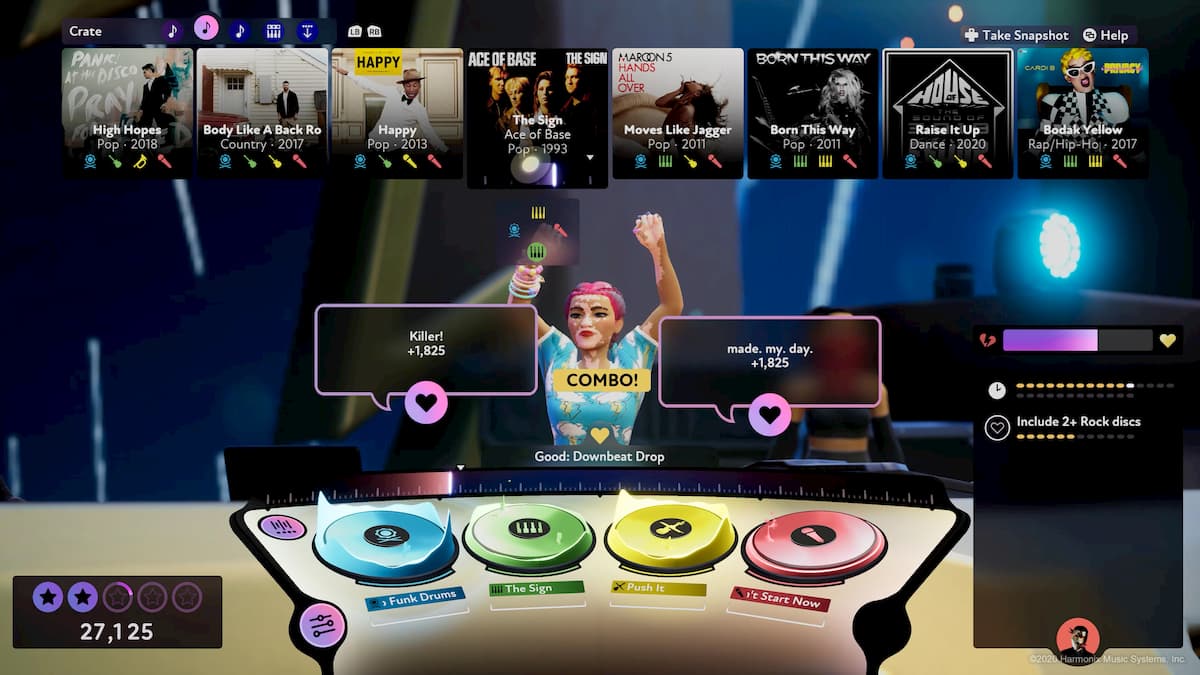 Before you get to freestyling and battling in Harmonix’s Fuser, it might be helpful to learn the ins and outs of the music game’s mechanics. The best way to do so is by simply playing the campaign, which consists of six venues and at least six levels, or “sets,” each. Each set should take around ten minutes, so expect to finish Fuser’s campaigns in about six hours. Every venue will introduce you to a new mentor, who will throw you in the deep end of the pool as you learn specific gameplay concepts.

Danny Humbles will show you the basics of dropping songs in time and taking requests from the crowds.

Rap producer Bignums may be a literal child, but you’ll learn about muting, solos, and instruments from the young media mogull

Faint Shadow definitely seems out there, but there isn’t a better person to teach you how to keep a crowd chill. Shift the tempo and the key, and use effects to your advantage.

The promoter known as Dissentor may come across as a snob, but his knowledge on dropping cues and swapping will definitely help you.

Basra Khan has a lot of energy, and it shows with her expertise on using Risers.

There isn’t much to learn by the time you reach the final venue of Fuser — you’ll have to take everything you’ve learned to impress the legendary TK Sun.