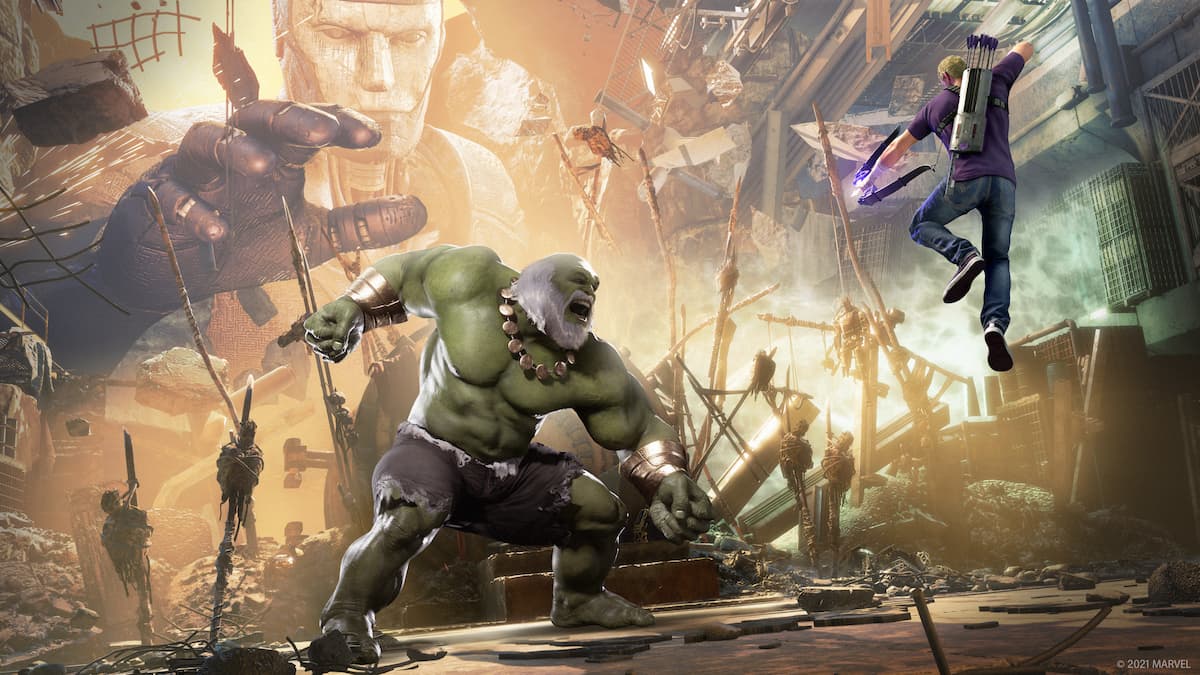 Kate Bishop’s Taking AIM mission storyline in Marvel’s Avengers ended with a fairly substantial cliffhanger, and Hawkeye’s own story follows up immediately after. Operation Hawkeye: Future Imperfect focuses on Clint Barton as the Avengers attempt to find Nick Fury and uncover the secret behind an impending Kree invasion. There are four selectable and replayable missions as a part of this mission chain, listed below in bold. There are also “missions” that act as codas and lack any action.

The mission line is surprisingly short — completing Marvel’s Avengers Operation Hawkeye: Future Imperfect took one to two hours. By the time we had finished the missions, Hawkeye was up to Level 25.

Condition Critical simply has you control Kate Bishop checking in on an unconscious Clint Barton. Hawkeyes has you play as Old Man Hawkeye in the Wastelands, although you will be unable to replay this mission, and playing this will not unlock the Old Man Hawkeye costume. Finally, Future Proof is simply Clint checking in with Hank Pym at SHIELD Substation Zero to set up the next mission.

The first main mission finds its inspiration in Matt Fraction’s Hawkeye: My Life as a Weapon run, while the Wastelands and the appearance of Maestro are based on The Incredible Hulk: Future Imperfect.