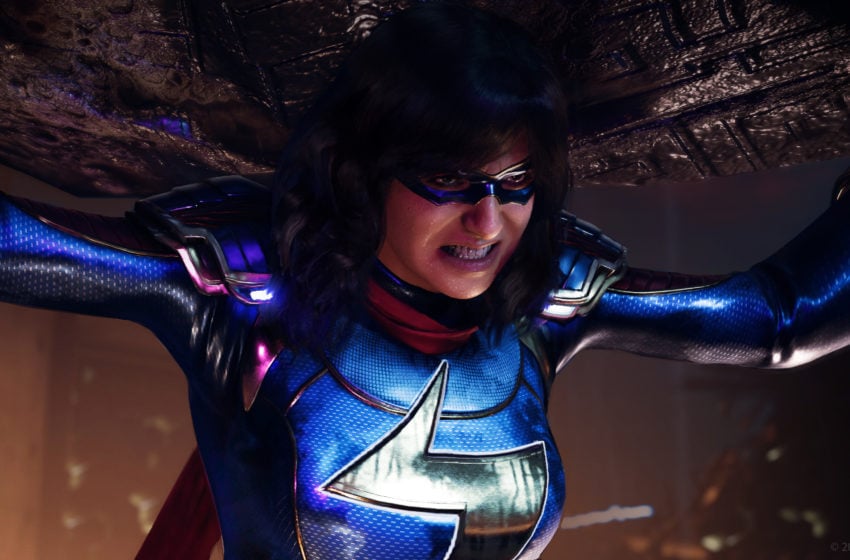 The final campaign mission of Marvel’s Avengers has a lot to throw at you. For one, George Tarleton has finally completed his hideous transformation into the villainous MODOK. Not only that, but MODOK has made an unlikely ally. You’ll have to face off against not just a giant, evil head, but also a gargantuan metal titan called a Kree Sentry.

It’s much to take in, and the game’s story takes little time to explain everything. So where did the Kree Sentry originate from? Late campaign spoilers for Marvel’s Avengers will follow.

The Kree Sentry made its debut in Fantastic Four #64 in July 1967. The species known as the Kree are technologically advanced and intensely militaristic who had built giant Sentry robots to defend their military bases. In the comics, Intergalactic Sentry 459 was left dormant on an island in the Pacific Ocean, where it observed and protected a Kree spaceport. The sentry was accidentally activated by humans and fought the Fantastic Four.

In live-action media, the Kree have had major roles in the films Guardians of the Galaxy and Captain Marvel, and also in the television show Agents of SHIELD, but no Sentries have appeared in the Marvel Cinematic Universe yet. In animation, the Avengers fought Sentry 459 in The Avengers: Earth’s Mightiest Heroes. A Kree Sentry appeared in the video game Lego Marvel Super Heroes 2, but Marvel’s Avengers has the biggest role for Sentries in a game.

Where did the Sentry come from in Marvel’s Avengers?

One of the mysteries in Marvel’s Avengers is the fate of Steve Rogers (Captain America) after A-Day. The inciting incident of the game’s campaign is Kamala Khan finding a corrupted video file that shows George Tarleton locking Rogers in the Chimera helicarrier reactor room before it explodes. It is revealed later in the game that Rogers ordered Tarleton to leave, and he deliberately caused the Terrigen Crystal reactor to explode. This led to mass destruction in San Francisco and a Terrigen Mist epidemic that created a number of powered Inhumans.

In the campaign mission titled Testing 1… 2… 3…, Tony Stark finds that AIM scientist Monica Rappaccini saved and confined Rogers and used his blood to keep Tarleton alive. Upon saving him, Stark asks Rogers why he had destroyed the Terrigen reactor — it turns out that the Terrigen Crystal had been reacting to something underneath San Francisco Bay, destabilizing the San Andreas Fault. Rogers destroyed the crystal in order to prevent another disaster

That something turned out to be the Kree Sentry, which the Avengers face off against in the final campaign mission. What the Kree Sentry was guarding and observing and how long it had been under the bay is unknown. But seeing how a post-credits scene showed a pod flying out of the destroyed Sentry, this won’t be the last time players of Marvel’s Avengers will encounter the Kree.