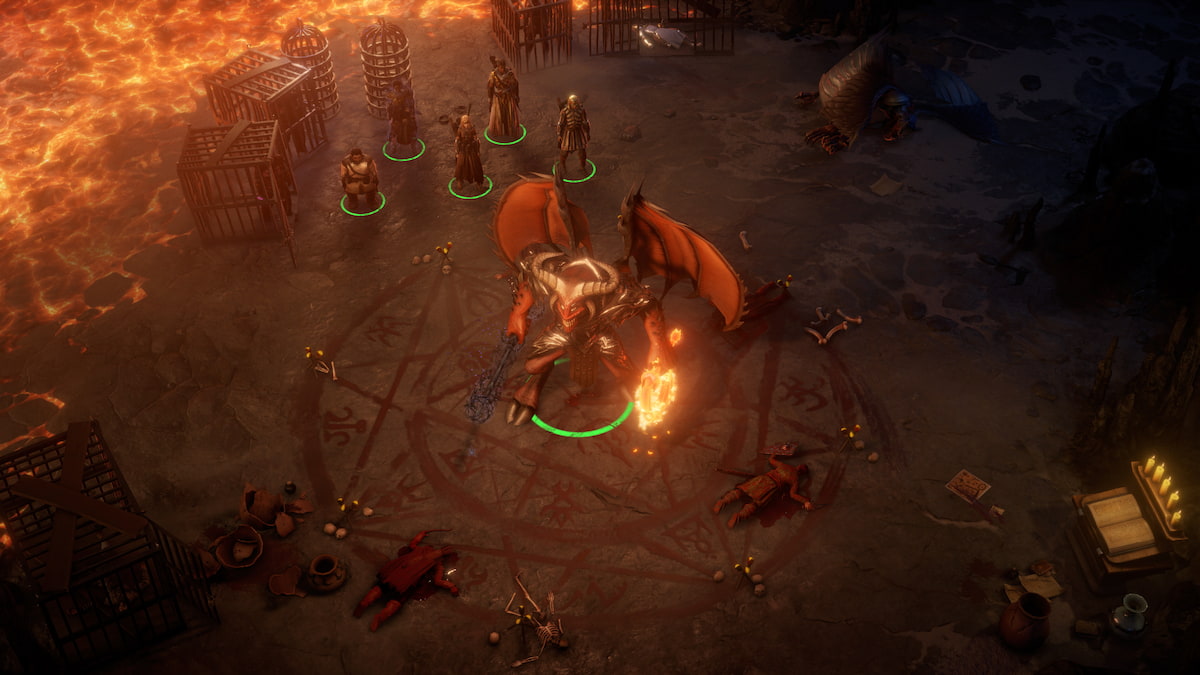 There are some fights you’d much rather avoid than take on with the full force of your party in Pathfinder: Wrath of the Righteous. You have the option to rely on stealth and potentially sneak by enemies rather than taking them on in a confrontation. Not every character will be effective in stealth, and understanding how that works is important to find an alternative route around enemy forces.

Your characters will not naturally be in stealth. Therefore, you need to set them into stealth and ensure they’re hidden from the enemies. To do this, target the party members you want to enter stealth, and then click the eyeball icon on the right side of your party’s portraits. Any character that you have select when you click that eyeball will enter stealth. Their figure will also become darker, showing they are attempting to hide.

When your characters enter stealth, they have a higher chance of not being detected by enemies when they get near them. They are not invisible, but they have a much greater chance of avoiding combat or having a surprise round against foes. You can check every character’s stealth ability by opening up their character sheet and checking their ‘stealth’ rating.

The downside to stealth is that if your characters are caught in this form, they will remain this way until you click the button again. While in stealth, they will move much more slowly, which means it will take time to reach an enemy. You’ll want to make sure all of your characters exit stealth during combat. You might have more success moving characters one at a time, using the ones with the highest dexterity and stealth skill.