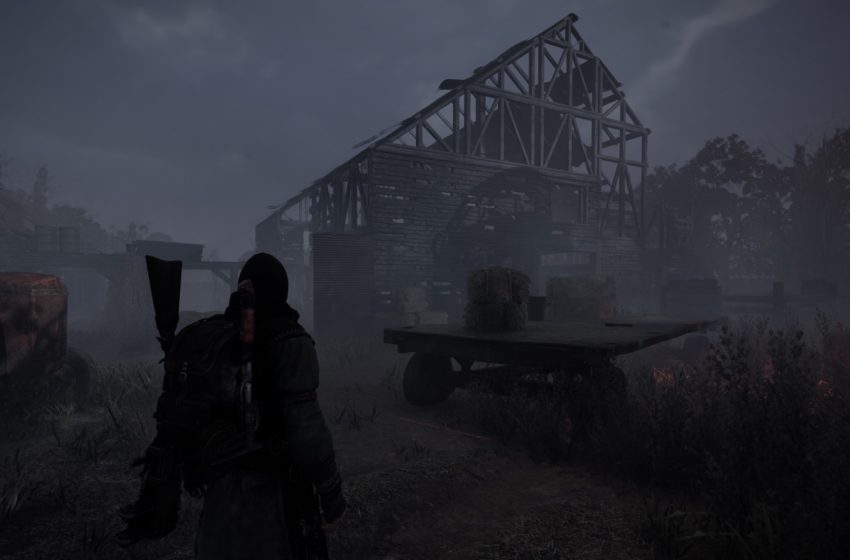 The first major test of your combat prowess in Remnant: From the Ashes is the ambush at the barn as your searching for Ward Prime. This multistory building will be the target of a vicious band of rat-like creatures. Some of them are melee-focused enemies, while others will be armed with assault rifles. There will be a tide of them, so you need to fight smart or be quickly overrun.

The first thing to do is pick your battlefield, and we would suggest the very right side of the barn to the right, on the top floor. There are limited routes to this area, making it more difficult for your enemies to overrun you. Having the right weapon also helps. We found that Hunter’s Pistol does a mean job of taking out the rats at long range. While the Coachgun will level anything that comes too close.

For Mods, we would recommend the Beckon Mod, and the Explosive Shot Mod. Beckon effectively gives you two allies for the fight that will distract the mob from just running straight over you, and you can launch Explosive Shot at the stairs on each end of the barn where enemies will cluster up as they try to get to you.

The two Wasteland Skulls that you can summon with Beckon will also dish out plenty of damage to your enemies, cutting down on the need to score headshots to get those one and two-shot kills. The only real issue here is ammo, but your enemies will drop plenty of it, and if you time it right, you can get nicely restocked after using Explosive Shot to clear enemies.

The only real thing to watch out for is some shots coming at you from the ground floor through gaps in the rafters, but these will only ever do minor damage and shouldn’t be a threat.