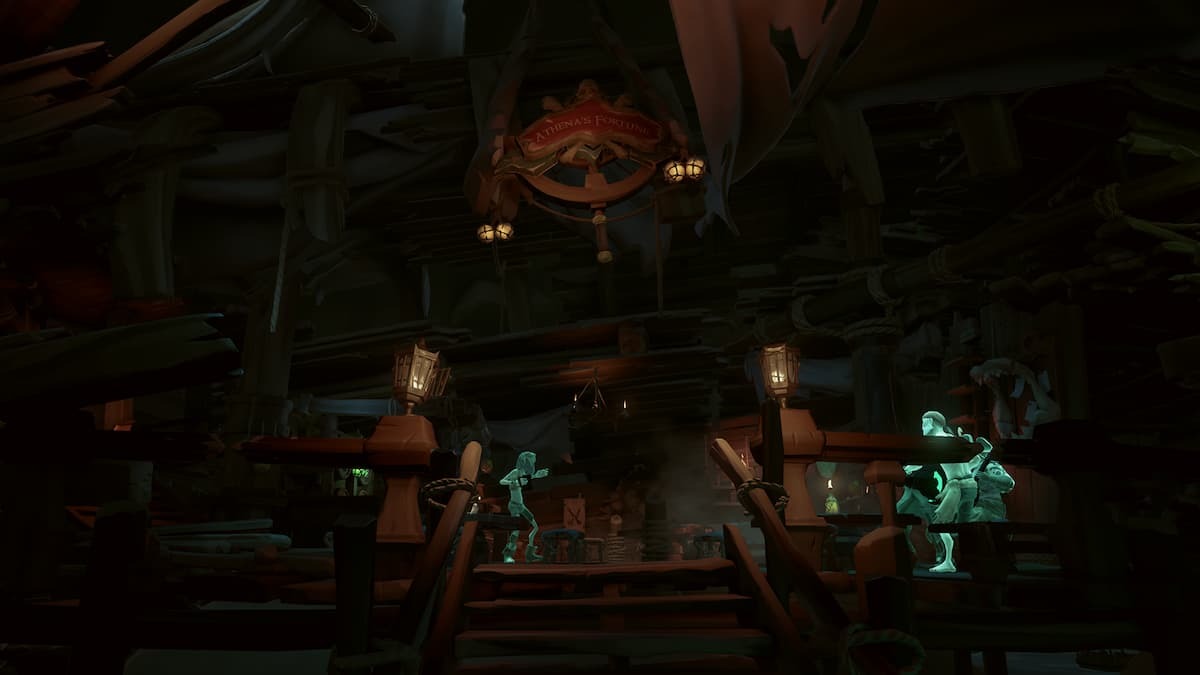 In Sea of Thieves, you will spend countless hours sailing the waters, fighting skeletons, and encountering other pirates. The game is set up to give you a playground to lose your time in, but some people want an end goal to work towards. Pirate Legends are players who have reached a bar that not many others in the game ever will. Plenty of dedicated players will do it, but the general community is not likely to because it could take months to reach. Here is how to achieve Pirate Legend status in Sea of Thieves.

To become a Pirate Legend in Sea of Thieves, you will need to first reach level 50 in any three of the game’s five Trading Companies — you can no longer level up Sea Dogs after the closure of The Arena. Those companies are the Gold Hoarders, Order of Souls, Merchant Alliance, The Hunter’s Call, and Reaper’s Bones.

While leveling isn’t hard, it is time-consuming. You will need to complete numerous voyages and turn in countless bounties to that company. We recommend focusing on Gold Hoarders, Merchant Alliance, and Order of Souls. Once you have completed enough tasks for each faction, you will need to purchase the level 50 promotions from that company — you can buy promotions every five levels.

After you have your three level 50 promotions, talk to the Mysterious Stranger in the tavern at any outpost. You will be given the title and some new clothing and vanity items to show that you have accomplished the feat.

The main reason to become a Pirate Legend is to gain access to the Tavern of Legends, or Athena’s Fortune Hideout, where you can get new voyages and an emissary flag. Typically, you will gain much better treasure on these endgame voyages.

To find the entrance, play the new shanty you were given in a tavern and you will see a glowing mark.

Luckily, if your crew of pirates has a Pirate Legend already, they can bring the whole party into the hideout, so not everyone needs to grind so much to see the area.